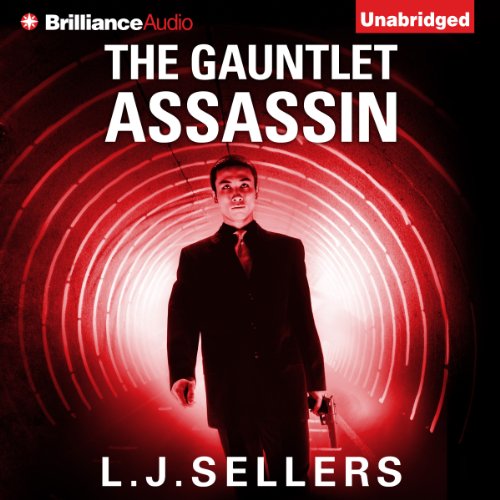 Each year, a down-and-out America looks to the Gauntlet games for sheer spectacle and - for one lucky state - a better chance at survival. In 2023, former-police-detective-turned-paramedic Lara Evans is poised to enter the punishing endurance competition, determined to bring glory and a major economic boost back home to Oregon.

But treacherous tests of physical and mental prowess - and a pack of cutthroat rivals - are far from the greatest obstacles Lara faces. Saving a hit man’s victim has made her a target, and the murder of a fellow contestant has branded her a suspect. Yet the games must go on. And with a nation’s eyes - and a killer’s crosshairs - focused on her every move, Lara will have to think faster, hit harder, and risk far more than any player ever has in order to outrun the jaws of defeat and outgun the specter of death.

What made the experience of listening to The Gauntlet Assassin the most enjoyable?

I read the book on my kindle white. Best ever by LJSELLER. JUST RECENTLY discovered her.

Have you listened to any of Christina Traister’s other performances before? How does this one compare?

The Gauntlet approach was interesting