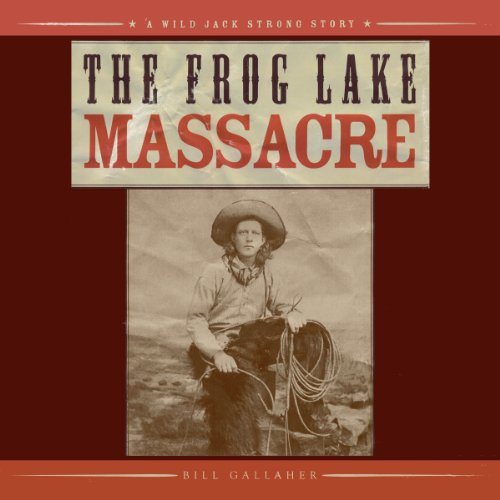 Authentically and sensitively narrated by Charles Carroll, The Frog Lake Massacre is the first in a trilogy about Jack, a young man grappling with life in the last decades of the 19th century in Canada. As a witness and actor in true historical events, Jack makes his way through the world of fur trapping and European/Native American relations. Bill Callahan’s narrative is richly detailed with historically accurate description. As much an adventure story as a historical novel, The Frog Lake Massacre makes for good listening while road-tripping through North America, letting the past of this great landscape and continent soak in.

In the spring of 1884, Jack, an adventurous young man, packs his bags in Victoria, BC, and heads for the prairies, looking for a new life and hoping to get involved in an Indian war. Instead, he lucks into an exciting job in the fur trade and meets and befriends many of the great chiefs of the Cree nation, such as Poundmaker and Big Bear, and ends up between a bullet and a target when the North-West Rebellion erupts.

After witnessing the historic Frog Lake Massacre and the murder of his friends, Jack is captured by the Cree warriors and, later, guides the famous Inspector Sam Steele on the hunt for Cree Chief Big Bear. The Frog Lake Massacre is the first book in a trilogy about a young man who is trying to forge an independent life for himself in the huge and newly established country of Canada. Along the way, he discovers that bravery and loyalty bring their own rewards.