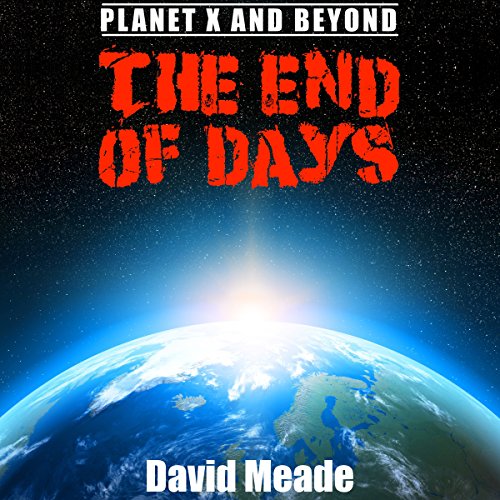 The End of Days - Planet X and Beyond

Is there a conspiracy of secret societies that intend to control the destiny of the world? Are we in a short pause between the end of the Church Age and the beginning of the Day of the Lord? How does Planet X fit into this?

Does North Korea have hidden plans which have been uncovered? What are they and what are they targeting? In this startling book, David Meade explains what their ultimate intent is and what their plans for the United States involve. The truth is finally out on the Trump Dossier and I cover it all in this new book.

Divided into Four Sections, this book first covers the Deep Secrets of the Universe, including the New World Order and the deep mysteries of space. In the next section EMP survival is covered - this is the most important type of event that people need to currently prepared for, since an EMP event can occur by an act of war by a hostile nation, or by means of massive solar flares sending a Coronal Mass Ejection to our planet.

Section three is a discussion of the importance of preparation and survival. Prepping for survival doesn't cost - it pays. I cover volcanic eruptions, tsunamis and earthquakes, as well as emergency food and water survival scenarios. What will it take to escape from or survive a volcanic explosion, a tsunami or a major earthquake?

Section four is a review of the literature on Planet X for those who are not familiar with it - it is in an Appendix and is optional listening for those who know about it.

Great if you are new to the subject matter

I had very little knowledge on the topic. I found this book informative and it was paced very well.

Not exactly what I hoped. Too muchtime spent on prepping and politics. Points were kind of all over the place.