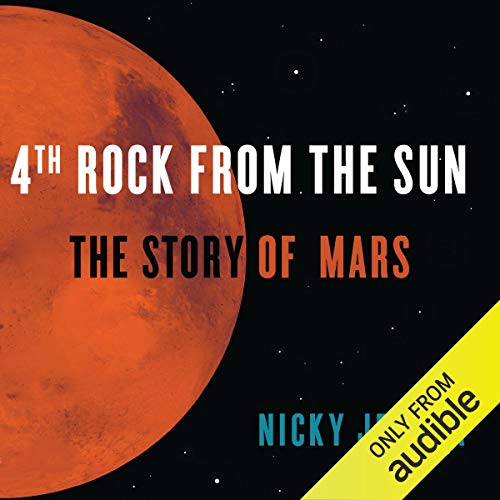 4th Rock from the Sun

By: Nicky Jenner
Narrated by: Suzannah Hampton
Try for £0.00

Mars, the red planet, is ingrained in our culture, from David Bowie's extra-terrestrial spiders to Captain Scarlet to War of the Worlds. It has inspired hundreds of authors, scientists and science-fiction writers - but why? What is it about this particular planet that makes it so intriguing?

Ancient mythologies defined Mars as a violent harbinger of war, star-gazers puzzled over its peculiar motion, and astrologers defined human personalities by its position and bizarre dance through the sky. And in more recent times, astronomers have explored Mars and its alien characteristics: its dusty red hue, its small moons, its atmosphere, how the planet formed and its mysterious past. Images sent back from various satellites showed startling faces, canals, and pyramids across its surface. Were there Martians, and were they civilised, intelligent, beings?

Science-fact is now catching up with science fiction. Robot vehicles have trundled across the planet's surface, beaming back beautiful views of its rust-orange surface, and testing soil and atmosphere to get clues on how the planet has evolved, and whether it supported (or supports) life. There are many more Mars missions planned over the next decade. And while little green Martians are now firmly the preserve of literature, there is growing evidence that the now arid, frozen planet was once warm, wet, and possibly thronging with microbial life. And one day soon humans will set foot on the red planet. What are the challenges involved, and how are we preparing for them? Is there a long-term future for humans on Mars?

Nicky Jenner's 4th Rock from the Sun reviews Mars in its entirety - its nature, attributes, and impact on third Rock-culture, its environmental science and geology, and its potential as a human colony - everything you need to know about the Red Planet (and quite a few things you don't).

What listeners say about 4th Rock from the Sun

Not high-level by any means. A collection of sorts, lists sometimes. Good as an intro.