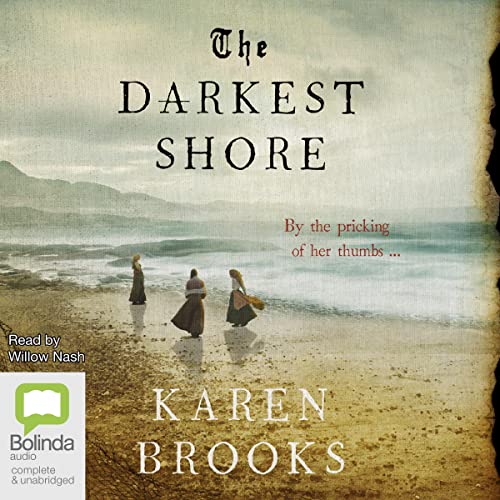 By: Karen Brooks
Narrated by: Willow Nash
Try for £0.00

The independent women of Scotland stand up to a witch hunt, male fury and the power of the Church in a battle for survival.

Returning to her home town of Pittenweem, fishwife and widow Sorcha McIntyre knows she faces both censure and mistrust. After all, this is a country where myth and legend are woven into the fabric of the everyday, a time when those who defy custom like Sorcha are called to account.

It is dangerous to be a clever woman who 'doesn't know her place' in Pittenweem - a town rife with superstition. So, when a young local falls victim to witchcraft, the Reverend Cowper and the townsfolk know who to blame. What follows for Sorcha and her friends is a terrifying battle, not only for their souls but for their lives, as they are pitted against the villagers' fear, a malevolent man and the might of the church.

"The characters are complex and compelling...a powerful novel, at times brutal, but always enthralling. The Darkest Shore is a major achievement for Karen Brooks." (Better Reading)

What listeners say about The Darkest Shore