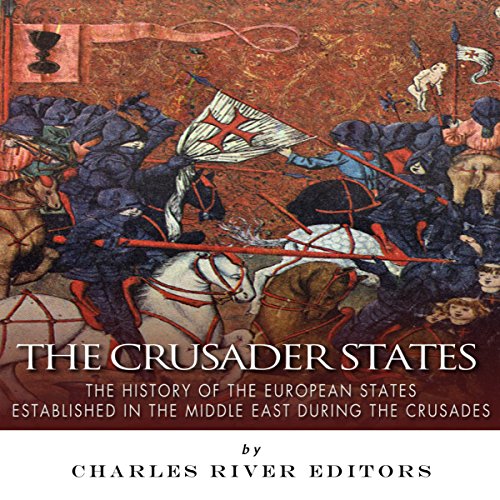 The History of the European States Established in the Middle East During the Crusades
By: Charles River Editors
Narrated by: Matt Butcher
Length: 1 hr and 50 mins
Categories: History, European

"I, or rather the Lord, beseech you as Christ's heralds to publish this everywhere and to [persuade] all people of whatever rank, foot-soldiers and knights, poor and rich, to carry aid promptly to those Christians and to destroy that vile race from the lands of our friends. I say this to those who are present, it is meant also for those who are absent. Moreover, Christ commands it." - Pope Urban II, 1095

When a crusader army of Western European Franks took Jerusalem by storm on July 15, 1099, it was one of the more unexpected conquests in history. Everything seemed to be against them for the previous three years of crusade, right up to the final siege, and yet they finally prevailed. And when they did, they massacred most of the population before establishing a Christian realm in a region that had been taken over by the Muslims in 634.

Ironically, this First Crusade is a difficult and polarizing event, even among modern historians, despite the fact it went largely unnoticed in the Islamic world at the time. For some, the crusaders were heroes and saints, and for others they were devils who disrupted the peaceful local sects of Muslims, Jews and Christians, establishing an alien colony that heralded modern European imperialism. Debate over whether the Crusades can truly be perceived as an early example of European colonialism continues in medieval historiography, though the evidence for this is thin. The territory taken by the Franks from the Turks had previously belonged to Eastern Christians and had only recently been seized by the Turks themselves. The Crusaders themselves saw it as a holy war of reclamation of previously lost, albeit almost-mythical, territory, and to them, the Muslims were the first aggressors