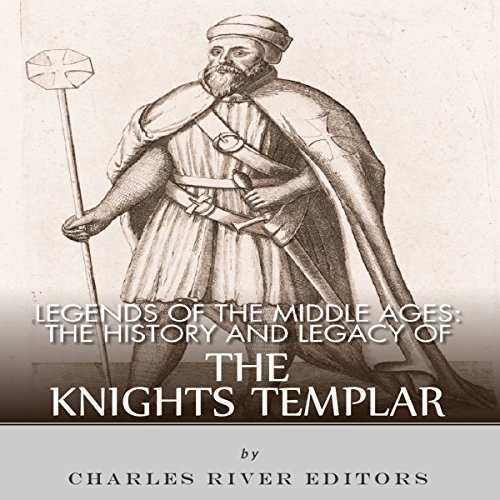 Legends of the Middle Ages: The History and Legacy of the Knights Templar

A lot of ink has been spilled covering the lives of history's most influential figures, but how much of the forest is lost for the trees? In Charles River Editors' Legends of the Middle Ages series, readers can get caught up to speed on the lives of the most important medieval men and women in the time it takes to finish a commute, while learning interesting facts long forgotten or never known.

The Order of the Temple of Solomon, also known as the Templars or the Knights Templar, is one of the best-known and least-understood groups in history. They appear prominently in everything from novels (The Da Vinci Code) to films (as the Knights of the Cruciform Sword in Indiana Jones and the Last Crusade) to videogames (Assassin's Creed). In these stories, they are a sinister cult that manipulated historical events since the Middle Ages, via intimidation and assassination. They are usually connected to the Freemasons and, sometimes, to other historical cults like the Hindu Thuggees.

The real Templars were both more mundane and more fascinating than the myths and legends. They were the first military religious order - monks who were also knights. The founding members were veterans of the First Crusade in Palestine and their main goal was, in fact, benign. They formed their group as a small tertiary order (Lay people who took monastic vows, but lived in the larger community) in Jerusalem, policing the pilgrim routes and shrines of the Levant and protecting travelers from the many bandits that infested the area. Even though they were used as the core of Crusader armies during the later crusades, the Templars never wavered from their original goal.

What listeners say about Legends of the Middle Ages: The History and Legacy of the Knights Templar

Can this guy read?

This is a good overview. It may be very good for high school students. It is particularly marred by the incredibly bad pronunciation of names by the narrator. It is laughable.

Very , very detailed. Was a bit dry and reminded me of an old high school.hidtory lesson. Ok, but wouldn't purchase again.

whether you have a positive or negative view of the Templars this is a fair and balanced introduction. covers the basic facts and also the more esoteric perspectives. even deals with Freemasonry and Illuminati connection in a responsible way without being dismissive towards so called conspiracy theories. currently listening to holy blood, holy grail and wanted mainstream overview to ground my thoughts about the Templars. this short book did the trick.