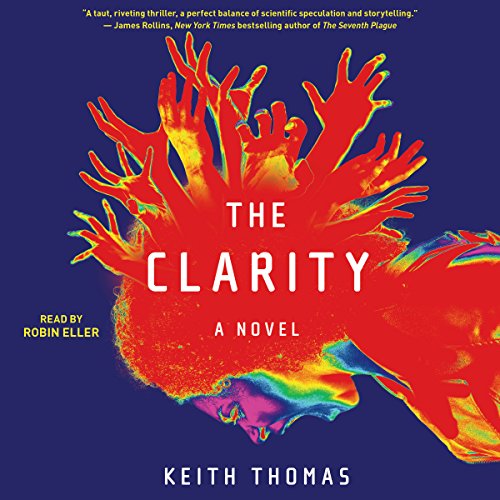 For fans of Black Mirror and True Detective, a visceral high-concept thriller about a psychologist who must protect the life of an 11-year-old girl whose ability to remember past lives makes them both targets of a merciless killer.

Dr. Matilda Deacon is a psychologist researching how memories are made and stored when she meets a strange 11-year-old girl named Ashanique. Ashanique claims to harbor the memories of the last soldier killed in World War I and Matilda is at first very interested but skeptical. However, when Ashanique starts talking about being chased by the Night Doctors - a term also used by an unstable patient who was later found dead - Matilda can't deny that the girl might be telling the truth.

Matilda learns that Ashanique and her mother have been on the run their whole lives from a monstrous assassin named Rade. Rade is after a secret contained solely in memories and has left a bloody trail throughout the world in search of it. Matilda soon realizes Ashanique is in unimaginable danger and that her unique ability comes with a deadly price.

Fast-paced, suspenseful, and a chilling blend of science and danger, The Clarity is a compelling take on the possibilities of reincarnation and life after death.

What listeners say about The Clarity

So if you're looking for deep character development and gorgeous description, you won't either of them here. There are problems with under-motivated plot points throughout, like the main adversary, whose hatred makes no sense at all, not even at the end of the book, when the first attempt to explain his motivation occurs. Or two characters inexplicably falling in love with one another, one literally minutes after her serious boyfriend is murdered in front of her eyes.

There's also a heavy, heavy reliance on thick exposition and stopping action to allow for convoluted, often nonsensical explanations of what's going on. Yet there are still plot holes.

The author doesn't really have a good grasp on how doctorate-level education or academic science works, either. The main character seems to be a PhD chemist *and* psychologist *and* a working social worker, all at the same time. Oh, and on the side she's investigating past life experiences, not to mention giving open lectures and teaching undergraduates as the hottest faculty member at her university.

The diversity of the cast is interesting, but it frequently feels perfunctory when the person's identity is the most salient feature of the character. It's as if the author is ticking off categories on a list: a Hispanic cop, a Hmong research subject, a transgender lab assistant, an African-American cop and his Ghanaian babysitter, a Korean doctor, a gay psychology researcher, etc.

Robin Eller's performance also hinders this audio book. She over-enunciates to a distracting extent, pronouncing t's hard and slowing her cadence in odd places in a sentence, making it difficult to follow the natural flow of what she's saying.

She also mispronounces many words, some difficult, like 'beneficent' and 'Caucasus' as well as some common words like 'alcoholism,' 'typo,' and even 'Ms.' (which she mangles into 'Mrs.' when referring to a pre-teen). Early in the book, she struggles with the word 'Clark's,' turning it into 'Clarkses' several times during a high-tension scene.

Both the novel itself and the audio version needed another edit. There's something interesting here, but it's frustratingly half-baked in its current form.