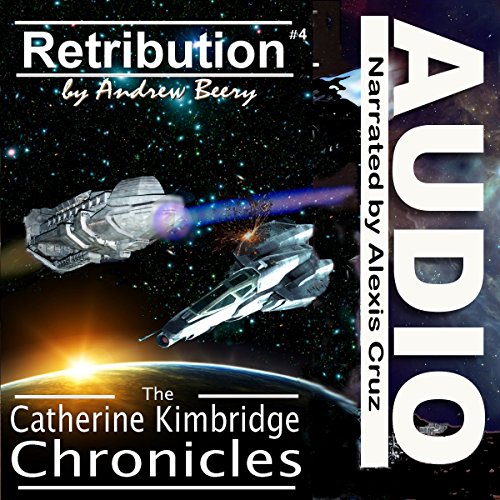 Admiral Cat Kimbridge and the Galactic Coalition of Planets must struggle to hold off an aggressive slaving syndicate bent on dominating Earth and the other member worlds of the GCP. New allies and technologies allow the battle to be fought between parallel universes. Just as it seems the GCP will prevail and right will conquer wrong...Cat discovers the real force behind the aggressors is an ancient and virtually unstoppable foe.

Retribution is the second in a three-part story arc called "The Proxy Wars". This is the fourth book in the best-selling Catherine Kimbridge series. This book picks up the story immediately following book three. If you like fast-action sci-fi with a heart, give Admiral "Cat" Kimbridge a chance to become a part of your universe. This volume contains two special surprises at the end of the book. Both are sure to please fans of hardcore science fiction! [Note: CKC4 is back from the editors. Many editing enhancements/corrections have been made as of v9.]Uncounted millennia ago, the uncreated Creator reached forth a hand and touched a series of disparate universes. The touch set in motion ripples that created life in the Creator's image...a life that was self-aware...a life that aspired to be more than it was...a life that sought to create in its own right. Love and fear walked hand in hand. Thus the stage was set for an epic conflict that would span the universes. These are the adventures of one brave soul and her quest to protect all life. These are the Catherine Kimbridge Chronicles.