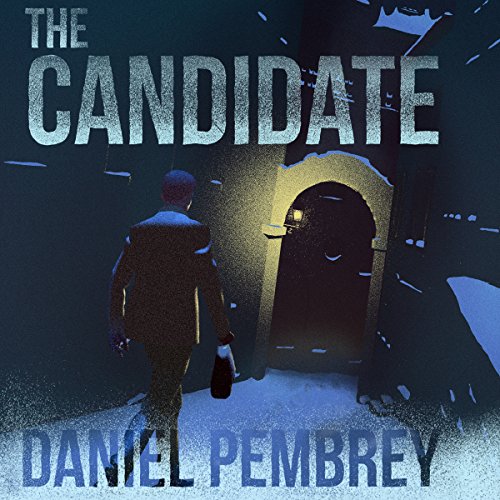 By: Daniel Pembrey
Narrated by: Simon Vance
Try for £0.00

Nick Thorneycroft is a British headhunter working in Luxembourg. His company asks him to recruit a high-flying executive for the company's Russian business. The best candidate turns out to be smart, beautiful...and mysterious. Soon the effects of Russia’s political upheaval, and the arrival of an ex-girlfriend who won’t leave him alone, make Nick’s Luxembourg life increasingly perilous; worlds collide in this gripping, atmospheric tale.

What listeners say about The Candidate

Second time around for me in the absence of another shortish Audible book that I could listen to during the work day. I liked it a bit better second time around, with the narrator's accents and tones less grating on me.

Our main character is Nick, who is attempting to recruit a Russian candidate for a position at his ambitous company. There's strong competition from a business rival for the services of Kate, as Nick refers to her, as well as interest from some aggressive foreign agents. Nick's a pawn in a game of spies.

A date rape drug, surveillance, spy cameras, an annoying girlfriend - who might not be all she seems, a beautiful job applicant, pushy bosses, pubs and casinos, a missing dog, a kidnapping, a beating and interrogation, a resistance hero still doing his bit, Russian agitation, rumours and politics and agents keen on suppression of the opposition. It's quite a busy book to be honest.

Elements of humour, better characterisation than I initially gave the author credit for and a reasonable plot. Glad I re-read it.

I've enjoyed Daniel Pembrey's work before with his Harbour Master series, but sadly on this occasion not this one. I think The Candidate pre-dates the ones I've enjoyed.

It was an Audible version which may have contributed a bit to my overall state of apathy regarding the book, as the narration grated, especially when encountering Russian characters in the story. I couldn't help but think of the comedy series Allo Allo every time our accent deviated from the gruff Northern tone of Nick Thorneycroft. Over-exaggerated in my opinion thus losing any potency they may have had.

My main issue though was a lack of investment in the story. It wasn't badly written, it flowed and had a few things going on - headhunter Nick is trying to get a Russian candidate lined up for a high profile position at his money management company in Luxembourg. It's a race to get the deal done, before she's poached by a rival. He wakes up one morning with a limited memory of the night before and a pair of women's knickers on his apartment floor, but no women. Has he been spiked? Is there a spy camera in his ceiling light? Who is the Russian, what's her background? Why is his on/off on/off girlfriend pestering him and back in town? Why does he get temporarily kidnapped? What are the motives of his bosses at the firm, one keen and eager to get the deal done, the other a bit less frantic?
What's the imminent Russian election got to do with things? Why did I care about any of this?

This might work better for others than me. Well from the comment above from Katharine Quarmby shows it definitely does. But a comparison with Elmore Leonard? Really - not for me anyway.

For me 3 hours is not a book it's a short story. Pembrey starts off with a great concept for a book and I totally enjoyed it. I am not familiar with this narrator either but I was impressed by his presentation of the material. The only thing wrong with this story is that it just was not developed into a total novel. The ending was very abrupt, which was disappointing but I will still give what was there 4 stars! So if you need something to do for a 3 hour flight or layover this would be an excellent choice. I would like to see this author pick this book back up and really develope it.

look forward to more from this author on Audible

more experimental than a 'short story' story to my thinking. OK it added to the character, and not the story

Now we know Daniel Pembrey can write, "bring it on" and do have Simon as narrator please.

Not really, this book had no point. The mystery wasn't really a mystery and didn't ever really tie into the story in a real way.

What was most disappointing about Daniel Pembrey’s story?

It didn't make sense. The people after him and the reason why he lost his memory and why they were all trying to get the candidate had no big payoff, no explanation that mattered. The end of the story was just bleh.

Was The Candidate worth the listening time?

Not really, the performance was fine and it passed the time but the story not worth it.