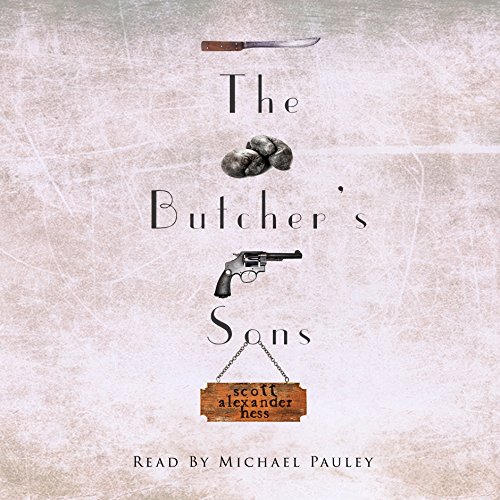 By: Scott Alexander Hess
Narrated by: Michael Pauley
Try for £0.00

This darkly lyrical and violent family saga set in a butcher shop in New York circa 1930 tells the story of three Irish brothers struggling to find their roles - to define their lives and express their dreams - amid the poverty of a broken home, an alcoholic father, and the violent society of Hell's Kitchen. Dickie is guided by an almost animal desire to get what he wants and, as a fighter, is fearless in his pursuit of being respected by mobsters. Walt, the middle brother, romances a woman whose educated father sees the lad as gutter trash. Then there is frail Adlai, who finds himself on the most perilous path - an illicit affair with his oldest brother's best friend. The Butcher's Sons is an engaging read about desperate young men determined to do whatever they can to find something gilded amid the grime of old New York.

What listeners say about The Butcher's Sons