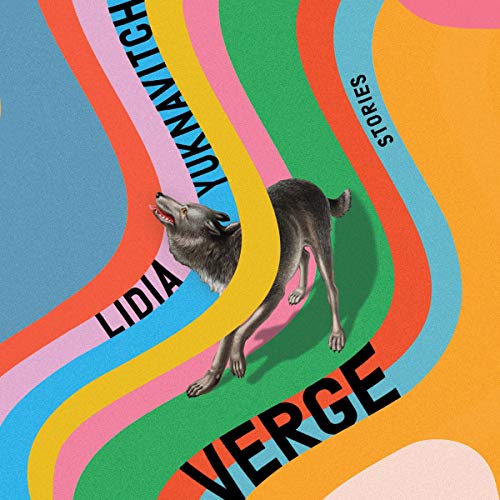 Named one of the Most Anticipated Books of the Year by Vogue, Buzzfeed, HelloGiggles, and more.

A fiercely empathetic group portrait of the marginalized and outcast in moments of crisis, from one of the most galvanizing voices in American fiction.

I tell you, do not go near that place. Do not go near it. Graywolves guard the ground there. Girls are growing from guts, enough for a body and language all the way out of this world.

An eight-year-old trauma victim is enlisted as an underground courier, rushing frozen organs through the alleys of Eastern Europe. A young janitor transforms discarded objects into a fantastical, sprawling miniature city until a shocking discovery forces him to rethink his creation. A brazen child tells off a pack of schoolyard tormentors with the spirited invention of an 11th commandment. A wounded man drives eastward, through tears and grief, toward an unexpected transcendence.

Lidia Yuknavitch's best-selling novels The Book of Joan and The Small Backs of Children, and her groundbreaking memoir The Chronology of Water, have established her as one of our most urgent contemporary voices: a writer with a rare gift for tracing the jagged boundaries between art and trauma, sex and violence, destruction and survival. In Verge, her first collection of short fiction, she turns her eye to life on the margins, in all its beauty and brutality. An audiobook of heroic grace and empathy, Verge is a viscerally powerful and moving survey of our modern heartache life.

"Yuknavitch is one of the most celebrated contemporary writers. [Now she] returns with a collection of short stories that embody her unique blend of the unsettling and the delightful." (Electric Literature)

"Insistently visceral.... These howls from the throats of women, queer characters, the impoverished, and the addicted remind us of the beauty and pain of our shared humanity. Gutsy stories from one of our most fearless writers." (Kirkus Reviews)