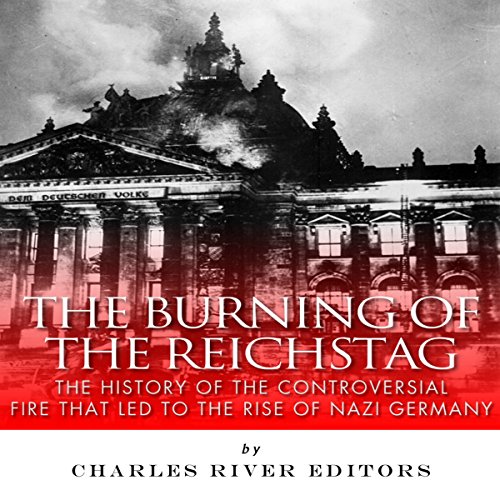 The Burning of the Reichstag

The History of the Controversial Fire That Led to the Rise of Nazi Germany
By: Charles River Editors
Narrated by: Dan Gallagher
Length: 1 hr and 22 mins
Categories: History, 20th Century
4 out of 5 stars 4.0 (1 rating)

The Burning of the Reichstag

"These sub-humans do not understand how the people stand at our side. In their mouse-holes, out of which they now want to come, of course they hear nothing of the cheering of the masses." - Hitler speaking about Communists as the Reichstag burned

"I don't care what happens in Russia! I know that the Russians pay with bills, and I should prefer to know that their bills are paid! I care about the Communist Party here in Germany and about Communist crooks who come here to set the Reichstag on fire!" - Hermann Goering

The early 1930s were a tumultuous period for German politics, even in comparison to the ongoing transition to the modern era that caused various forms of chaos throughout the rest of the world. In the United States, reliance on the outdated gold standard and an absurdly parsimonious monetary policy helped bring about the Great Depression. Meanwhile, the Empire of Japan began its ultimately fatal adventurism with the invasion of Manchuria, alienating the rest of the world with the atrocities it committed. Around the same time, Gandhi began his drive for the peaceful independence of India through nonviolent protests against the British.

It was in Germany, however, that the strongest seeds of future tragedy were sown. The struggling Weimar Republic had become a breeding ground for extremist politics, including two opposed and powerful authoritarian entities: the right-wing National Socialists and the left-wing KPD Communist Party. As the 1930s dawned, these two totalitarian groups held one another in a temporary stalemate, enabling the fragile ghost of democracy to continue a largely illusory survival for a few more years.