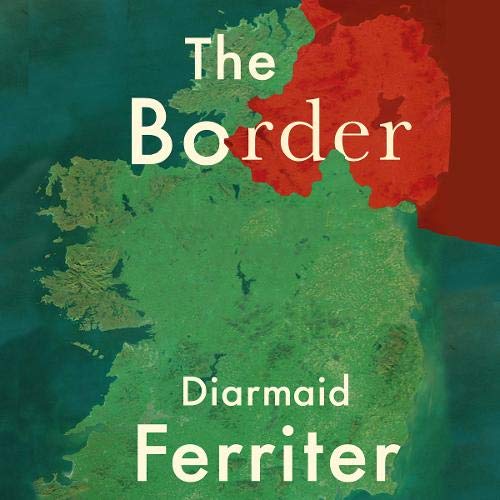 By: Diarmaid Ferriter
Narrated by: Aidan Kelly
Try for £0.00

For the past two decades, you could cross the border between Northern Ireland and the Republic half a dozen times without noticing or, indeed, without turning off the road you were travelling. It cuts through fields, winds back and forth across roads and wends from the mouth of the Newry River to the mouth of the Foyle. It's frictionless - a feat sealed by the Good Friday Agreement.

Before that, watchtowers loomed over border communities, military checkpoints dotted the roads and bridges had been demolished to prevent crossings. This is a past that most are happy to have left behind, but it may also be the future.

The Irish Republic-Northern Ireland border has been a topic of dispute for over a century, first in Dublin, Belfast and Westminster and now, post referendum, in Brussels. Diarmaid Ferriter charts its history from the divisive 1920s Act to the Treaty and its aftermath, through 'the Troubles' and the Good Friday Agreement up to the Brexit negotiations. With the fate of the border uncertain, The Border is a timely intervention into one of the most contentious and misunderstood political issues of our time.

What listeners say about The Border

The most accessible history on the border

The best book I have listened to on the border to date! Gives an in depth background into the border and how it came about and the implications of it past, present and future. A must read!

I have been interested in modern Irish history for a long time and have never really understood the border other to know it had caused a lot of trouble in my lifetime. This book explains the history of Ireland’s independence from the British Empire and how the border and subsequent troubles came about. It tells the painstaking politics it took to bring about a fragile peace. It also talks about the damage Brexit could do to that peace and of English exceptionalism and magical thinking.

A great bit of history seriously misunderstood by many.

We read this book for a book club.

What the book does very well is describe the evolving perspectives and priorities of Britain and the Republic of Ireland on NI, and in places vividly depict the realities of life near the border.

The key weaknesses is that the book is neither short and basic enough for those without a basic understanding of the key historical events (colonisation, bloody Sunday), not long enough to give real detail into those key events. So while the book is solid, we weren't sure it was really ideal for anyone.

The guy who writes it is knowegable about the Border
The writer hates Brexit so much he defames the Brexiteers as basically people who encouraged gun-running, civil war and army mutiny, whilst at the same time say it is rational to think that IRA terrorists would suddenly start blowing up border posts. He sees no irony is stating the opposing side supporters of extremists and those who don't care about Northern Ireland, which is a shameless defamation, whilst basically stating that Brexit leads to terrorism because NI won't get subsidy from the EU (funded by the UK tax payer) or the if the EU imposes a border to enforce its external tariff.

Perhaps not easily digestible in audio form for everyone. Some folk might appreciate this more if they're able to keep track of dates and names on paper. I found myself getting a little lost, especially in areas/decades where I had very little background knowledge. The content is solid, the narrator was good, but the scope of the task and the speed with which we moved through time made it hard to grapple with everything in the book.

That said, I might just listen again to the chapters I struggled with.

Despite its relative brevity, this is no Brexit-era cash-in work on the Irish border. Or more accurately, the Irish-British border. Fair to all traditions, condensing considerable scholarship, this is a must-have survey. Especially for those new to the history. Good narration as well.

concise history of the border in Ireland

well written, to the point, a must read if you ever wanted to get a handle on the issue that is the border in Ireland and how it came about.

I loved this book. A thoroughly engaging listen that gave a really up to date view of recent Irish history.

Everyone should read this book.

I found this book instructive and enjoyable. Well researched, and well structured. I learned a lot from it and I will be referencing it often in the future. I will be ordering a paper copy for the bookshelf *****