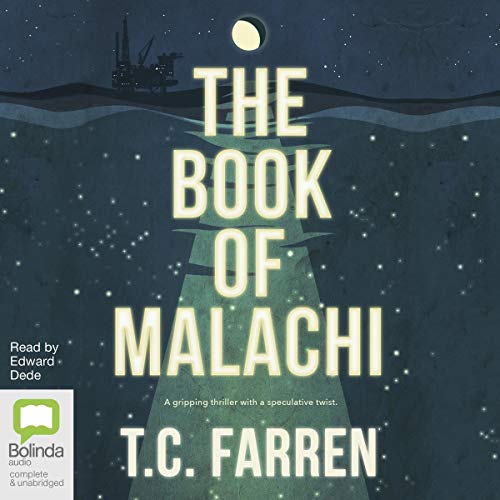 The Book of Malachi

The Book of Malachi

In this riveting, high-concept literary thriller, a mute survivor of an African civil war must decide whether to risk his life for the victims of an inhumane medical project taking place on a defunct oil rig in the deep sea.

Malachi is the survivor of a brutal attack by genocidaires on his school: he has seen loved ones slaughtered, and his tongue has been cut out. Malachi cannot speak, but he is far from dumb, though he keeps himself to himself, damping down the traumatic memories as he performs mind-numbing work on the production line in a chicken-packing factory.

But then an agent for a powerful pharmaceutical company comes looking for a suitable candidate for a mysterious job, and he is offered what he can't refuse: not just handsome financial reward but also a new tongue - and hope.

Hope soon turns to horror as he is flown out to an old oil rig off the African coast and discovers that he is to be carer and jail-keeper in a highly secretive organ farming operation. His captive charges, he is assured, are all criminals - evil people deserving of death row. They would die anyway. At least now the last days of their lives are useful to those in greater need. Like Malachi himself.

But are the prisoner-donors all as bad as Frasier Pharmaceuticals say? Malachi is banned from communicating with them, but no one knows that he can read and write, and whispers reach his ears.

The stories of the desperate will not be silenced - not even his own. Covertly he comes to know them, even the ones he fears, and as his own memories gain force, he must make a choice - if he wants to try to save one, he must save them all. And risk everything himself.

Malachi may have no tongue, but his is a voice you will never forget - sharply ironic, vividly descriptive and leavened with humour, every sense sharpened by his loss of speech. He is a compelling guide through the twists and turns of a terrible dilemma in this darkly suspenseful but ultimately redemptive high-concept thriller.