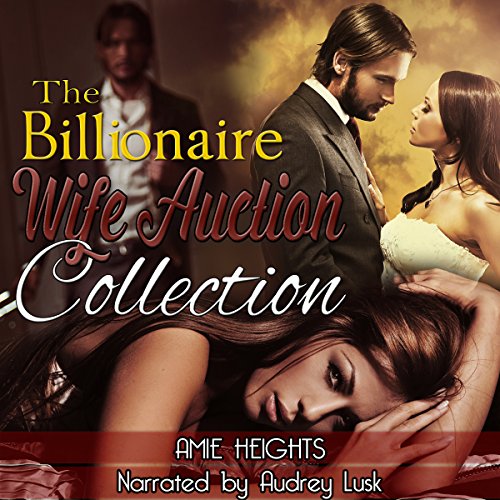 This selected collection contains three unique, but intertwined stories of love for auction to the highest bidder.

Brandy Anthony had come to terms with her solitary, mundane life of near poverty. But when one of her roommates disappears overnight, she starts to investigate why. She soon discovers that her friend had willingly put herself up for auction, sold into a yearlong wedding contract to the highest bidder. With millions on the line, her cut would be more than enough to live a life of luxury when the contract was over.

After a treatment and dressing by the auction house's stylist Aahz, Brandy finds herself at a crossroads in her life and at the mercy of the bidders for her affection. She meets Dorian Quinn, the son of billionaire steel producer Aldridge Quinn, whose legacy requires Dorian to have a family if he is to continue in the family business. Despite the money Dorian is willing to bid for Brandy, his only interest in her is to appease his father's old fashioned requirements.

Brandy begins to unravel the mystery behind Dorian's past and discovers that despite their marriage he is still only in love with his long dead first wife. She decides she is willing to play the charade for as long as it takes to fulfill her obligation, unless she loses her heart to him first.

Maggie Bashir was done with living the boring life of a destitute woman and something needed to change. After a chance encounter, she is invited to the wife auction and she jumps at the chance to see where life can truly take her. Maggie had expected a few thousand dollars payoff, but was shocked as her asking price kept going up, until millions of dollars were on the line.

Won in the auction by the handsome billionaire Achilles Auberjonois, Maggie never expected to learn he was not looking for a bride, but a mother for the infant that was dropped off on his doorstep.

What listeners say about The Billionaire Wife Auction Collection