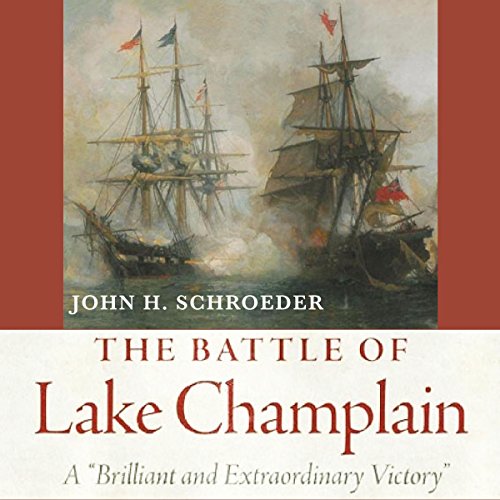 The Battle of Lake Champlain

On September 11, 1814, an American naval squadron under Master Commandant Thomas Macdonough defeated a formidable British force on Lake Champlain under the command of Captain George Downie, effectively ending the British invasion of the Champlain Valley during the War of 1812. This decisive battle had far-reaching repercussions in Canada, the United States, England, and Ghent, Belgium, where peace talks were underway. Examining the naval and land campaign in strategic, political, and military terms, from planning to execution to outcome, The Battle of Lake Champlain offers the most thorough account written of this pivotal moment in American history.

Previous histories have claimed that the War of 1812 ended with Andrew Jackson's victory at the Battle of New Orleans. Schroeder demonstrates that the United States really won the war four months before - at Plattsburgh on Lake Champlain. Through a comprehensive analysis of politics and diplomacy, Schroeder shows that the victory at Lake Champlain prompted the British to moderate their demands at Ghent, bringing the war directly and swiftly to an end before Jackson's spectacular victory in January 1815.

What listeners say about The Battle of Lake Champlain

My father grew up on Lake Champlain, and when I saw this it peaked my interest. I like stumbling on parts of history I overlooked and the geographic connection was interesting.

This is a detailed study of a singular event, with the context extensively explained. I'm not a regular reader of military history, so I can't compare, but I found the detail interesting but not cumbersome.

I found the reader very engaging, with a tone that flowed easily and helped me stay connected to some of the longer sections of detail. He was very good.

I feel like I now have a clear picture of a new window on the years after the revolution and the way that the British tried to hold on to influence in North America. Answered some good questions and helped me think of others. A good history, well-performed.

Not a story about the Battle Of Lake Champlain

Only 1 chapter about the Battle of Lake Champlain. The rest of this book is about the War of 1812.