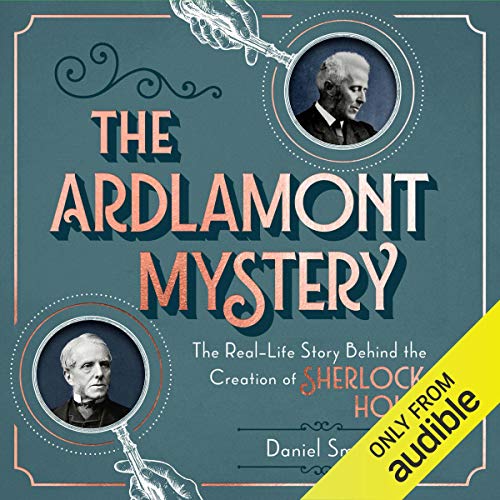 By: Daniel Smith
Narrated by: Simon Shepherd
Try for £0.00

The true story of the men - Joseph Bell and Henry Littlejohn - who inspired the creation of Sherlock Holmes.

The Ardlamont murder trial, which took place in Edinburgh's High Court in December 1893, was the culmination of one of the most intriguing criminal cases in British legal history. But perhaps more remarkable than that was that it brought together the two principal real-life inspirations behind the creation of the world's favourite fictional consulting detective: Sherlock Holmes.

Joseph Bell and Henry Littlejohn were Professors of Medicine at Edinburgh University. As educators, medical trailblazers and social reformers, the two friends were pioneers in the emerging world of forensic science, and both were called as expert witnesses at the Ardlamont murder trial. Under their tutelage had been a young student named Arthur Conan Doyle. He had served as an assistant to Bell, where he was able to scrutinise at firsthand Bell's remarkable deductive powers. In fact, Conan Doyle went on to say of Bell, 'It is most certainly to you that I owe Sherlock Holmes....'

Author Daniel Smith, using original trial transcripts, contemporary newspaper reports, personal papers and other archive material, represents and reexamines evidence of the Ardlamont case, coming to his own conclusion as to just what happened in 1893.

This intriguing book also details the story of the trial itself and the parts played by Bell and Littlejohn as they opened the door to a pivotal period in the development of criminal investigation and forensic science, as well as providing an insight into the genesis of one of our greatest cultural icons.

What listeners say about The Ardlamont Mystery