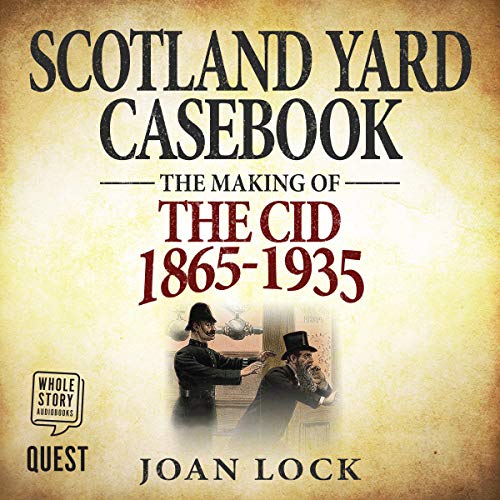 In 1878 the Criminal Investigation Department replaced Scotland Yard's corrupt and discredited Detective Branch. In this classic story of the early days of detection, Joan Lock tells the fascinating story of the creation of the CID, the scandal which preceded it, and the successes and failures of the new organisation, including early cases such as the four murders by Ernest Southey, the ferocious outbreak of dockland killings in 1869 and the more familiar Bravo, Neill Cream and Jack the Ripper crimes.

She describes Scotland Yard's gradual, if sometimes tardy, acceptance of identification and communication aids such as photography, the telegraph, telephone, Bertillon's anthropometric measurements and the fingerprint system. First World War spy and Dear John jealousy murders were followed by Roaring '20s swindles and the arrival of motorcar bandits - which in turn led to the formation of the Flying Squad and the adoption of mobile wireless telegraphy.

The introduction of women detectives is also discussed and the difficulties they experienced in establishing their place in a male dominated force.

Ear!ly history of the Yard

Very interesting read of the early days of Scotland Yard.Well read and very informative.Worth listening to.

excellent book on the history of cid

The author lays out a chronology well, and the quotes make it personal. However I found the narration rather poor. For example why were the views of Metropolitan officers on pay and conditions given a northern accent, and criminals voices cockney? Not very accurate. Also why are ranks above sergeant posh, when most would have not been born with plums in their mouths! A reasonable narrative ruined by poor narration.

Great but slow down!

Great voice perfectly suited to the subject matter and very enjoyable - much more if slower ;-)