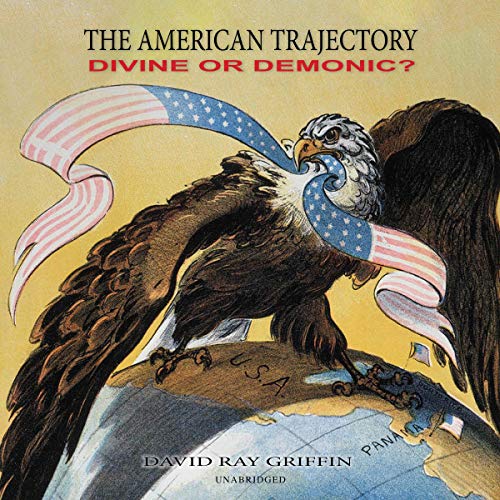 In The American Trajectory: Divine or Demonic?, David Ray Griffin traces the trajectory of the American empire from its founding through to the end of the 20th century. A prequel to Griffin's Bush and Cheney, this audiobook demonstrates with many examples the falsity of the claim for American exceptionalism, a secular version of the old idea that America has been divinely founded and guided.

The introduction illustrates the claims for divine providence and American exceptionalism from George Washington to the book Exceptional by Dick and Liz Cheney. After pointing out that the idea that America is an empire is no longer controversial, it then contrasts those who consider it benign with those who consider it malign. The remainder of the audiobook supports the latter point of view.

The American Trajectory contains episodes that many listeners will find surprising:

The conclusion deals with the question of how knowledge by citizens of how the American Empire has behaved could make America better and how America, which had long thought of itself as the redeemer nation, might redeem itself.

If you hate everything American, enjoy

So poorly researched it should be offered in fiction. Offers opinions as facts. What a waste of a credit.