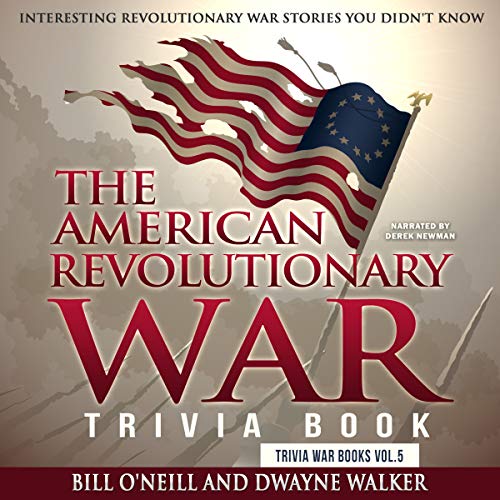 Welcome to the 1770s, the decade of big hats, big wigs, and big ideas. You might have learned about the American Revolution in history classes, but this book will tell you everything your teachers couldn’t. Get ready to learn all about the American Revolution, from the ins and outs of the Enlightenment philosophy that inspired the war to stories you’ve heard about the Founding Fathers that may be straight-up false, from how the War of Independence sparked a wave of new bids for revolution from Ireland to Japan to why the movie where Nicholas Cage steals the Declaration of Independence is a great piece of American Revolution philosophy.

Each chapter of our trivia books is broken up into 15 short sections that will introduce you to major players, major ideas, or majorly weird stories. Unlike your high school history teacher, we’re not going to put you to sleep with the names of a million generals or the dates and places of every time the British and Americans looked at each other funny. To go along with the 15 short break downs of the war, every chapter also ends with 20 fun facts, or bits of trivia, and five questions to test your knowledge on the American Revolution.

So put on your tricorn hat, ready your stars and stripes, and get ready to learn.

Superficial history presented as trivia. Jumped around a lot. Critiques of movies and the play Hamilton. When there is so much to write about it seems like an odd choice.

Bill O'Neill returns to the Trivia series with an entry on the American Revolutionary War, including its major causes and some of the lasting effects. As always, O'Neill is a great historian, rarely shying away from the less comfortable facts, such as the foundation of a 'free' country that relies heavily on the usage of slave labor. Newman is a good narrator, although I still wish for a better distinction between text and headings. It's a small quibble though. Recommended for: American history buffs, war history buffs. **I was provided with a free promotional copy, at my request, and have voluntarily left a fair and honest review**