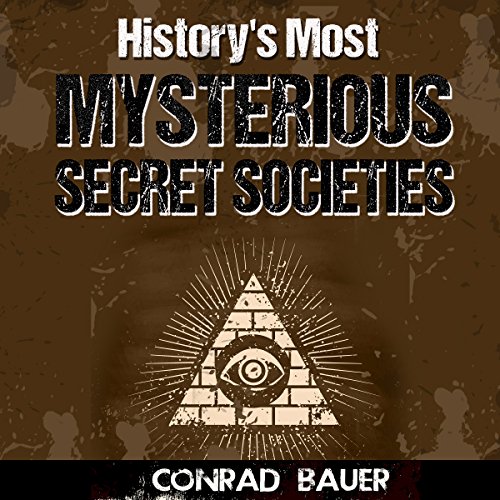 Mysterious and almost invisible, these secret societies changed the course of history! Secret societies have always fascinated us; we want to know why they exist, what they do, and who their members and leaders are. Find out why the secret societies described in this book are worth knowing about.

For as long as humans have gathered together to form societies, there has been a subset of people who have formed secret groups. Away from the prying eyes of the main group, these people have formed societies, unions, guilds, leagues, and other organizations with a wide variety of purposes. While some people gather together to drink beer in private and reminisce about the past, other groups have deeper, more complicated, and more nefarious purposes. On occasions such as these, the secret societies become instantly more fascinating.

For whatever reason, these groups cannot exist in the public eye. Whether this is because they are breaking the law, because they are operating in a clandestine fashion, or because they fear retribution from other secret societies, they are often the only ones who know. At the time, their ability to remain secret often means the difference between life and death. Now, many years later, we can look back on these secret groups and try to learn exactly what they represented.

In this book, we will look into murder, assassinations, political coups, and events that had huge impacts on the history of the world. Behind some of the most tragic events in human history, these secret societies have operated in the shadows. Their influence has been felt in every corner of the world. Secrecy is not endemic to one country or one continent. Instead, all humans have a small part of themselves that craves the secrecy afforded to these groups. But only some of us manage to bond together to form societies such as these. That's why they are remembered as the most mysterious secret societies in the world.

History is divided with opinion!
This book is a refreshing change from discussions about handshaking or rituals.
I was very impressed by the relationships offered by the author on the relationships between the 'societies' and political events - even world wars!
It has certainly given me a different view of world events!

A great source of information

If you have a need to know,this is one book to go to. Very enjoyable too.