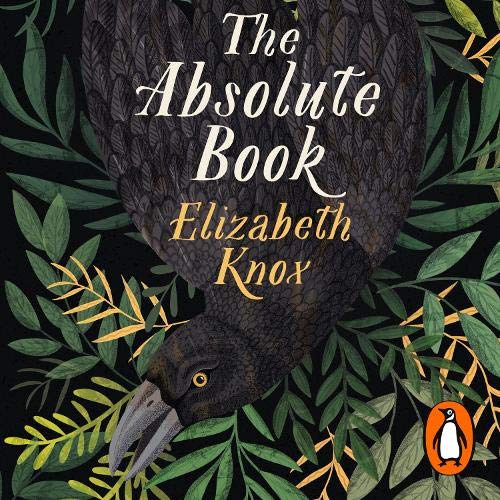 By: Elizabeth Knox
Narrated by: Anne-Marie Duff
Try for £0.00

Taryn Cornick believes her sister, Bea, was deliberately run down and killed. She believes it so hard she allows a man called the Muleskinner to exact the justice Bea was denied. An eye for an eye.

Which is when Taryn's problems really begin.

Because the police suspect Taryn's involvement in the death.

Worse, others have their eyes on Taryn - those in a faraway place who know what Taryn's family have been carefully hiding in their vast library. The Absolute Book.

They want it - and they want Taryn to help find it.

For the lives of those in more than one world depend upon it....

"Intricately plotted and gorgeously written, The Absolute Book has something for everyone: the search for a mysterious book, talking ravens, police detectives and academics, gods and demons, a giant saltwater crocodile, the bucolic English countryside and magical gates to hidden worlds. Here is a cinematic tale that is by turns dark and dreamlike, yet ultimately hopeful." (Deborah Harkness, author of A Discovery of Witches)

What listeners say about The Absolute Book

A glowing review in The Guardian Weekly first put me onto this. A brilliantly crafted new world. Superbly narrated. Grippingly mysterious, and with a severe punch to the values we live by in “our” world. It’s excellent. (Michael).

A womans journey of discovery

The storyline was convoluted and lacked fluidity.

The narrator was gresg but unfortunately the story was not. The first quarter of the book held the promise of much to come but the rest appeared to be written by another author and the work felt directionless and confusing. Left feeling unsatisfied that it did nit live up to its potential. Sorry

a not very interesting story with very fleeting allusions to many greater books of this genre and with out their great stories. the characters have little depth and the story is disjointed. now a third way into this I find I dont care and have given up. can't face another 13 hours waiting for a cohesive story to emerge.

I enjoyed listening to the narrators voice and she is exceptional actress with believable accents. The story is easy to fall into and took me away which is a great thing during the pandemics restrictions here in the UK.

I wanted to love this book. The first half was a little confusing, and overly descriptive, but set up an intriguing story. I have finished it feeling that I have wasted 20 hours of my life. A brilliant premise spoiled by under developed characters, an unlikeable main character, and ultimately very little plot.
I especially don't recommend the audiobook because A) the book is so confusing you constantly need to be able to skip back to re-read. B) The dialogue of most of the characters is all written in the same voice, which the narrator was unable to counter with accents and intonation.

Interesting, but I got quite lost in places and wasn’t entirely sure what was going on.

I love this book - and am now going to buy a physical copy! Beautiful, exciting, and magical. And a fantastic spoken performance by Anne-Marie Duff - an ideal reader with the gift of creating the voices of each disparate character.

Struggling to finish so longwinded tried to send it back near the beginning but don't seem to have that option any more. Hate not finishing a book but think I might give up even though I am 2/3rds through it. I had not realised when I got it that it was mainly fantasy thought it was a thriller