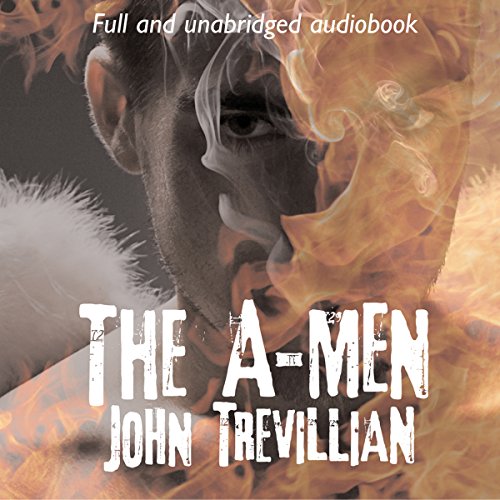 Jack is a man with no memory, awakening in a dark and dangerous metropolis on the eve of its destruction. The only clue to his former life: a handwritten note in the pages of a book of faerie tales entitled Forevermore. Marked for death in a peacekeeping force sent to quell the riots, he finds sanctuary and survival with other renegades on the streets of Dead City.

Battling to survive, they form the infamous A-Men, misfits who have a unifying dream: to be special. That is, until their paths cross with Dr. Nathaniel Glass and his mysterious experiment locked deep beneath the Phoenix Tower.

If you could sum up The A-Men in three words, what would they be?

I love how each chapter is from the main chapter characters point of view. I've seen it done with two characters throughout a book but never this many. And it works really well. Excellent.

It was unique enough that I can't answer that without spoilers. Let's simply say that the author has written an interesting, fast-paced tale with twists and turns, sometimes violent and bloody but certainly something you could imagine might happen.

It's a blockbuster of a book!

book for those looking for a long wordy listen

struggled to finish this book, very slow but interesting book. wish it was more of my type of book

I tuned out while listening to this audiobook. I guess it was okay. It really didn't hold my attention. I received this audiobook for free through Audiobook Blast for my unbiased review.

What did you love best about The A-Men?

I really liked the story but the audio portion was a real hit or miss. However, it was a fun read all things considered.

I have no idea.

I could only listen to this book for about 20 minutes before i had to turn it off. Within that time there was multiple character and narrator changes. This made it extremely difficult to understand what was happening, who is who and why they are important because the switches came too soon in the story to get clear picture of that particular characters background and why they are being introduced at this point.

What character would you cut from The A-Men?

Not sure. Maybe I'm just too inpatient, but a story needs to be able to capture your attention, be able to paint a clear picture and then peak your curiosity all fairly quickly. I was so confused by the events in the first 20 minutes that I could not see any plot being built, I was no longer curious of the story trying to be told and when that happened it lost my attention.