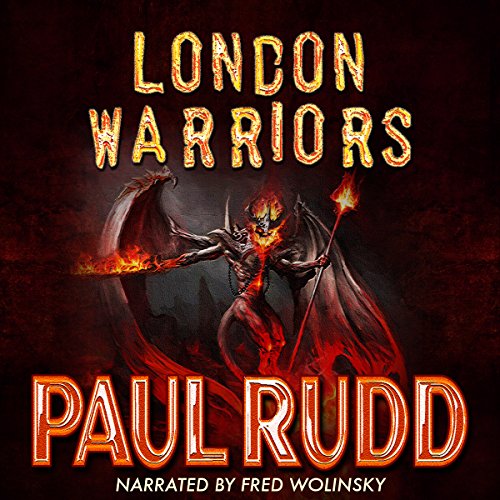 The environment is changing. Nature is running amok. The fires of Hell are ready to erupt and mankind's time on earth is coming to an end.

Nightmare forces are attempting to break free from the underworld and the boundaries that split reality from Haydes are fracturing. The London Wall cordons off the heart of the city from the rest of the country. Lives have been lost on both sides, and with pressure mounting the Prime Minister takes drastic measures. Extermination squads attempt to eradicate survivors of a brutal war that still stains the streets.

With a Super Soldier Serum lost in the Inner Sanctum, the fate of the world is now the responsibility of one group of anti-heroes. Shamed Bounty Hunter Roman Richards leads a team of hardened death row convicts into the Inner Sanctum, confronted by hell itself. The team are tracked by a merciless breed of humans, sent forth by Demiurge, the new ruler of the Sanctum. With the Demi-god's demonic army gaining strength by the second, the intruders sanction that only the strongest will survive. Devious allies, undercover agents, demons, warriors, psychopaths, and cannibals, they are all present as the battle begins.

What listeners say about London Warriors

What disappointed you about London Warriors?

I found the narration to be so bad that I couldn't follow the story at all. I gave it 7 or 8 chapters and found I didn't know what was going on at all so I had to give it up.

What was most disappointing about Paul Rudd’s story?

I can't honestly say. I really wanted to enjoy this book. It sounds like the type of stuff I like. The narration really turned me away from it.

The accents sounded horrible and fake! I found the voice altogether annoying! I listened to samples of his other work and it didn't sound like this one, so hopefully he does do better work.

If this were to be re-released with a new narrator I'd love to listen again. One important thing all authors should remember when putting one of their books onto audio is to get a good narrator. A bad narrator can ruin a good book!

one of the most complex listens I experienced

London Warriors by Paul Rudd was by far one of the most complex listens I experienced. This 10 hour and 24 minute book was so jammed packed with events throughout. I was completely surprised it did not split at the seams with all the action throughout the book. I enjoyed this book immensely.

Filled with reality, fantasy and apocalyptic scenes in an environment that has gone amok! He has built an enormous cast of characters. With the story opening in the year 2013 in London. The thought that these events can possibly be a reality as Paul Rudd has written in London Warriors. He has filled it with some amazing legendary creatures appearing after the first third of the book right to the end. The ending has a twist I did not see coming. One I am sure the reader/listener will gasp at!

Gangs begin forming and money seems not to serve a purpose for many. It is the power to survive and rule. A Super Solider Serum which is called G-meth is having adverse effect on people. Something that was not its original purpose. Now it has caused rioting throughout the city. It is splitting the city in half. Moving 3 years into the book it is now 2016. Three survivors that will be the main characters with a few others throughout the book. Roman, and brother and sister, Johnny and Eden. Caught up in just surviving the mayhem. When during a scuffle with a gang they are nearly being killed. It is when they meet Jaeger that has comes in to save them with other soldiers. The trio are now recruited into PEPZ (Perimeter Zone Eradication Police). Now moving into 2025 and years of training they become top soldiers. Roman and Johnny in London and Eden moves to commanding her own squad elsewhere. In the meantime, the Prime Minister Winston has now moved to taking more drastic measures to take back the city. Ordering the PEPZ squad on what they are to do. Not setting right with Jaeger or Roman. Roman who was imprisoned for hitting Jaeger. Is now given a second chance to locate the serum. A Super Solider Serum that has been taken and is somewhere in the Inner Sanctum of London. It will be up to Roman and a ragtag team of misfits to retrieve it. In comes Demiuge a self-proclaimed demi god enters the picture. Ruthless and has a following that would scare the strongest willed person.

Paul Rudd takes this story into another dimension. I felt in the beginning that it was going in different directions. However, once into the flow of the book all the pieces began to fall into place. He has built up a cast of characters that you can’t help hate and love at the same time. The way he keeps to a minimum details without going overboard with each place or action scene that you can’t help but envision what is going on. He does mix in some not to over the board sex scenes. He stays focus on the story at hand.

Narrator, Fred Wolinsky did an amazing portrayal of each of the characters. I have listen to Fred on other occasions and he really got me into each characters head in this book. He hit the female characters quite nicely in this book. The favorites of the male characters were Jaeger, Demiurge, Max and Pulse. I guess it was the unique voices he lends to these characters that kept my attention throughout the book. He and Paul has made it that I want to sit down and read the book itself.

After listening to the book the cover which would draw me in the first place by the artwork to listen. Then as the character comes to life makes the cover even more fitting.

This book was provided to me by Audio Book Reviewer. All views are my own and not influenced by outside influences. Please comment and let me know if this review was helpful to experiencing this amazing ride of a book!