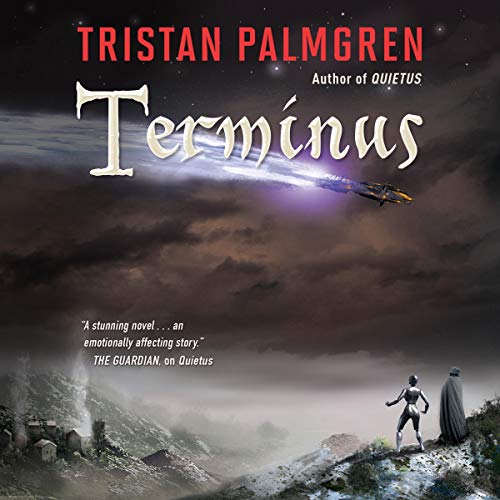 Operatives from an alien culture struggle to survive in medieval Italy, in the SF sequel to the astonishing Quietus.

The transdimensional empire, the Unity, has dissolved, its ruling powers forced into exile - but empires don't die easily. The living planarship Ways and Means has come to medieval Earth and ended the Black Death, but it keeps its intentions to itself.

Someone is trying to kill its agent Osia, who is suffering through her own exile. Spy-turned-anthropologist Meloku becomes a target, too, when she catches Ways and Means concealing the extent of its meddling. While they fight to survive, Fiametta - an Italian soldier, mercenary, and heretical preacher - raises an army and a religious revolt, aiming to split Europe in half.

What listeners say about Terminus