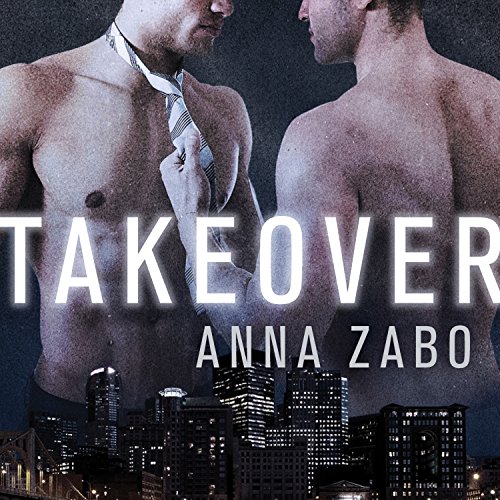 Michael Sebastian thought that Curacao would be the perfect place to have a little fun in the sun - and between the sheets. So far no one has struck his interest - until Sam Anderson walks into the bar. With one look at his tense body and expensive suit, Michael knows that this is a man in need of release. And Michael is more than willing to lend a hand.

Shattered by the most intense sex he's ever had, Sam has to face the facts - one night with a handsome, dominating stranger is all he gets before returning to the closet he's been suffocating in for years. But when Sam starts his new job as the CEO of a failing technology company, he discovers that Michael is one of his new employees.

While Michael is desperate for another night with Sam, he knows he shouldn't get involved with his boss, let alone another man who can't accept who he is. But as they're forced to work together to save the company, the desire sparking between them becomes impossible to ignore.

"Recommended for those seeking a solid BDSM-tinged M/M romance with plenty of backstory." ( Library Journal)

What listeners say about Takeover

Would you consider the audio edition of Takeover to be better than the print version?

What other book might you compare Takeover to, and why?

No. Admittedly, I have not read much gay literature but this book had nudged me rather forcibly into buying more and more gay books. A triumph.

Have you listened to any of Iggy Toma’s other performances? How does this one compare?

It was my first Iggy Toma performance. And I hope not my last. It is right there with the best narration I have come across. Well paces and distinctively articulated.

The interwoven love story was compelling and seductive.

A novel about a business, mixed with two employees hooking up. Weird ending, because the business arc is not completed.

better than a sleeping tablet

very enjoyable and interesting to listen to at night laying in bed trying to sleep.

Having found this author by way of a sexy, kinky short story, then with a hot, kinky, meet up starting this novel, I was a bit frustrated with the slow pace of the romance & sex.

As an engineer and someone who knows someone who got beat up near Harvard Sq (not for the same reason), most of the setting for this story rang true. (MIT is a pretty safe school to be out at.) I wasn’t eyerolling about wrong tech every other scene, rather, thinking what a relief it was to be seeing good tech portrayed on page. I found it interesting that Sam was out then closeted, as it’s not something I’ve run across much. I thought the reasoning was sound but the angst around being closeted made the pace drag rather tediously, even though it rather made sense. I was ready to smack Sam myself a few times.

I appreciated that the kink was relevant through to the end of the book. And that the specifics of Michael wanting to dom in the bedroom but not in the boardroom really worked for the story & Sam. I liked how the characters made friends & allies and looked at their pasts with fresh perspectives as the plot played out. It was interesting & mostly well done, but a tad tedious at times. If you like (or don’t mind) a pain kink its a recommended read.

I liked the narration the best, the middle and very end of the story least.

I love the boss falling for a subordinate trope, and I especially love the whole one night stand turns into something more trope, so I was pre-disposed to loving this.

I absolutely loved Iggy Toma’s narration of the story! Once again, Toma blends different character voices and situations brilliantly. I also loved the kinky dominating sex, even when it made me all squirmy.

What didn’t work for me so much was the “mystery” with the board member, which was interesting until it came to no conclusion, which I didn’t understand at all. I mean, I would have loved to have seen a final confrontation. The story also stalls midway through and could have been greatly aided by cutting about an hour and a half of gristle from the meat.

Bottom Line: The narration is rock solid, the story less so, but still recommended for those who like a little kink with their business politics.

I like the two main characters however when it comes to welts and bruises I just don't think that's very sexy.

Trickle Down Is Just What You Think It Means

Would you try another book from Anna Zabo and/or Iggy Toma?

Would you ever listen to anything by Anna Zabo again?

Have you listened to any of Iggy Toma’s other performances before? How does this one compare?

Yes, I own several audiobooks with his narration, and regardless of the quality of the work, Toma's immense talent shines through. His voice characterizations are subtle and distinct, and manage to carry a story despite the author's talent or lack thereof.

Yes, the author had the good sense to employ Toma.

If your sexual kink is the fetishization of another's pain and humiliation, then this book is for you. I find a celebration of degradation not worthy of my time. I believe the safe-word was red. "Red!"

On my tbr shelf way too long.

Zabo sets up the characters well though the plot was a bit repetitive till about 1/2 way through. Luckily for me, since I did the audiobook version Iggy Toma's gorgeous voice kept that from being too big a problem.

DNF - Not a good story

Wow, this book was a struggle to listen , not because Iggy Toma as he was wonderful as ever but to the story he was narrating . I managed to go as far as chapter 3 solely because Iggy but even him couldn't turn this story around for me.

I know , I am in the minority here when I say Takeover is not a good book. This is supposed to be a M/M romance story but it reads like a bad 1980 M/F Harlequin Romance.

Let me explain, men , in general ,have not trouble separating sex and love . So after one anonymous, no string attached , out of town , quick hook up for hot sex the heroes are acting like young inexperienced women with ton of emotional baggage and inability to separate love and sex. It was like the author wrote a M/F book and during the editing process decided to make it M/M by changing the female name to male, without changing the sensibility and character thought process and behavior.

I am glad this book was in the Romance Package and I can return it ; if not , I will have demanded my credit back.

I loved the story in the beginning but as time went on many things felt unresolved and the passion wasn’t in it for me.

I love the book so much I forgot how many times i listen to it over. I know that Michael and Sam are in the other book but will you eve do a book about if they ever have kids. I love the narrator Iggy Toma i have a lot of book narrated by him. I will look for more book by you Anna Zabo.

as a Pittsburgh native, I could barely get through this book. I almost did a regional rage quit. Pittsburgh is such a weird microcosm of slang and accent, weird setting for a book if you aren't a native.