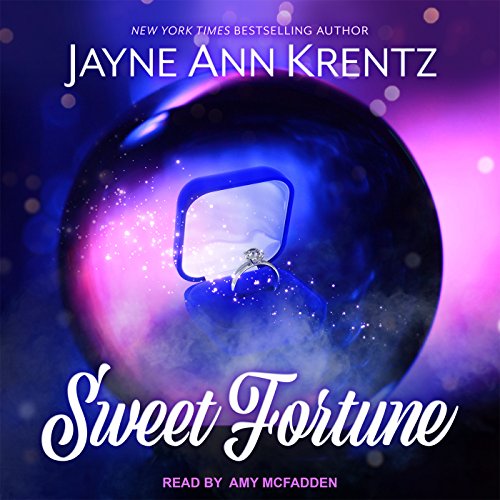 By: Jayne Ann Krentz
Narrated by: Amy McFadden
Try for £0.00

Everyone thought Jessie Benedict's impending marriage to Sam Hatchard was a great arrangement - everyone, that is, but Jessie herself. Was she the only one who could see that Hatchard, her powerful father's protege, had a scheming ulterior motive in marrying her? He was more than just a chip off the old workaholic's block - he was positively lusting after Jessie's inheritance to build his own business empire!

Free-spirited Jessie has plans for her own career as a detective - starting with the rescue of a teenage girl from a dangerous cult. But when a break-in and an intimidating act of vandalism strike close to home, her investigation pairs her with the compellingly masculine entrepreneur. Hatch does make her heart beat deliciously fast, but she's not taking orders from any man. Imagine her surprise when he turns out to be not only a friend and ally but a strong, tender lover who, in the end, knows how to seal a deal - with her resounding "I do!"

What listeners say about Sweet Fortune

Has not aged well

I love Jayne Ann Krentz usually, but this one is not her best. The hero bullies the heroine (and pretty much everyone else). Her family, who supposedly love her, are jerks. Meanwhile, we are told the heroine is incredibly smart and determined and strong-willed, but never see it. She is wishy-washy, impulsive and generally puts up with the casual insults and disrespect from everyone. There is a nice HEA, but I'd still skip this one.

Main character doesn't seem to have any common sense and is very irritating.I usually enjoy her books but this one I could not talk myself into finishing.

I am a huge Jayne Ann Krentz fan but some of her earlier work just doesn't hit the mark like her later works, especially from the last 15-20 years. I would return this title if I were allowed to but it appears that we aren't allowed to do so any longer.

I loved this book when I read it in the 90's. While it's a little dated now, I still enjoyed the vivid narration of an old favorite.

Struggled to finish, cuss words detracted greatly from this book! Would not recommend this book.

the hero in this book is nothing more than a bully! An abusive bully. The heroine in this book doesn't have a brain in her head!

I'm pretty sure that by 1990, terms such as "old maid" were passe and that sex didn't always come with the price tag of marriage. Also, even then the domineering male who knows best was a busted trope. However, while I could make allowances for the dated themes, I couldn't get past the fact that I couldn't engage with the characters. The heroine was supposedly strong-willed and smart, but made wrong decisions and was portrayed as reckless and foolish. The hero was a somewhat updated version of a Regency Romance lead male, but without the depth that could make me like him in spite of his arrogance. I usually like the author's output, but would suggest that those with 2020 sensibilities give this one a miss.

This is the second book I've listened to with this narrator. She has an affected accent : "chast" for "chest" or "brast" for "breast." Distracting to say the least. This book was much less bad, so either I'm getting used to her or she's eased up on the affectation. Still wish someone would cue her in on the voices, no relation to the actual characters.

I like this story a lot, vintage JAK, which is to say strong but loyal hero with an equally strong and determined heroine. Add equal parts adventure and humor, and you have a great listen.