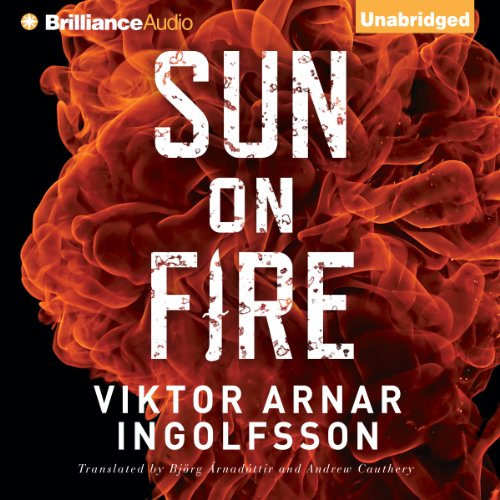 When the gutted body of a businessman is discovered in the Icelandic embassy in Berlin, Iceland's best detectives are sent to Germany to investigate the crime. The stab wounds and the murder weapon - an elegant hunting knife - suggest a ritualistic killing. But the only suspects present in the sleek modern office building were some of the island nation's cultural elite, including Jón the Sun Poet and ceramics artist Lúdvík Bjarnason. The victim is someone few would miss, and investigators Birkir and Gunnar, joined by forensics expert Anna Thórdardóttir, wager they have an open-and-shut case on their hands. What they find is anything but: The crime reeks of premeditation and vengeance, and leads the team into a sordid tale of international child abuse, arson, and retribution.

Can't hear the book, the narrator drives me nuts.

Not a fan of this reader, Mikael Naramore. Perhaps it was lack of direction, but he can't seem to nail the tone of any of the dialogue. Every declaration sounds as if someone is responding to the question, "did you rape that child?" with anger and indignation and astonishment where one was expecting calm and submission. Likewise his voices all sound like they're trying to overcome laryngeal cancer or that he's wearing a clothes pin on his nose. I will avoid books read by him in the future.