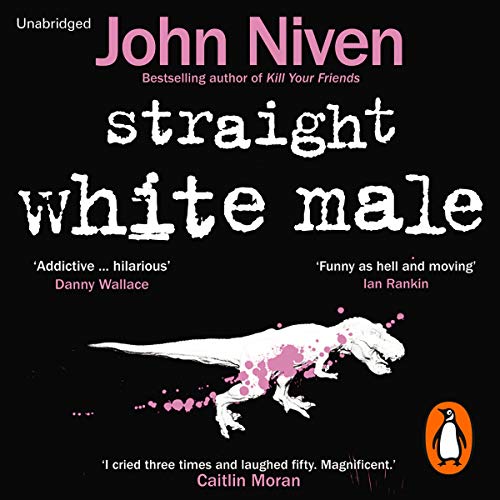 By: John Niven
Narrated by: John Cormack
Try for £0.00

Kennedy Marr is a novelist from the old school. Irish, acerbic, and a borderline alcoholic and sex addict, his mantra is drink hard, write hard and try to screw every woman you meet.

He's writing film scripts in LA, fucking, drinking and insulting his way through Californian society but also suffering from writer's block and unpaid taxes. Then a solution presents itself - Marr is to be the unlikely recipient of the W. F. Bingham Prize for Outstanding Contribution to Modern Literature, an award worth half a million pounds. But it does not come without a price: he must spend a year teaching at the English university where his ex-wife and estranged daughter now reside.

As Kennedy acclimatises to the sleepy campus, inspiring revulsion and worship in equal measure, he's forced to reconsider his precarious lifestyle. Incredible as it may seem, there might actually be a father and a teacher lurking inside this ‘preening, narcissistic, priapic, sociopath'. Or is there?

Straight White Male is a no-holds-barred look into the midlife crisis and the contemporary male sexual psyche. It is a brilliant new satire from one of Britain's sharpest writers.

This book has me giggling from the get go. Amazing narration that pulled you deeper into the character and his story. I would highly recommend this book and was doing so before I had even finished it.

Thank heavens for suggested reading. On this chance discovery John Niven has a new fan. Crafted with the wit and skill of Kennedy himself. Intelligent, insightful and humorous story with a cautionary heartbeat. Excellent narration untroubled by accent or gender.

Typical of Nivens other works cleverly brings in the world of classic literature with sex drugs and rock and roll lifestyle.

gets better and better. love this author. great balance to the characters and plot. it's funny, it's sad...its thought provoking

Very funny, intelligent and moving book. John Niven smashed it out of the park again!

Found it a chore so gave up

Irish narrator is not the best, US accents are woeful, English slightly better. great story though.

Wow, this is a great book! Have listened to a good few by John Niven now and really enjoyed each one.
This one, though, has it all, the humour, the crudeness, the plot twists but on top of it all it is deeply moving and a proper window into the soul of our straight, white male.

Another belter from JN

I just can’t get enough of this author. This is yet another classic from the man that brought you Stephen Stelfox.
Kennedy Marr, the Stelfox in this, is an absolute bastard in all the best ways.

one of Niven's best books

I'm a massive John Niven fan but this is his most moving book so far. A special note of praise has to be given to John Cormack who nails the Limerick accent bottom