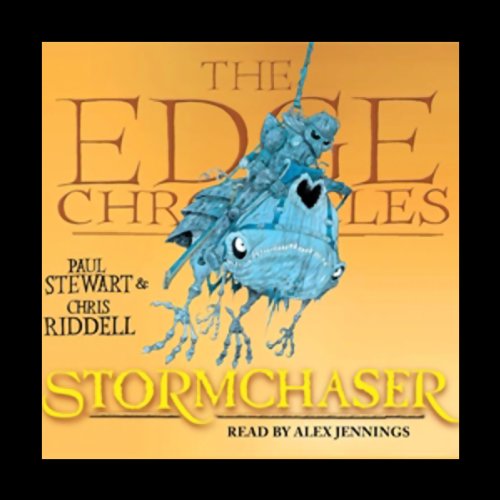 By: Paul Stewart,Chris Riddell
Narrated by: Alex Jennings
Try for £0.00

Since his childhood in the Deepwoods, young Twig has always longed to soar above the forest canopy and explore the sky. Now a lowly crew member on his father's sky pirate ship, the Stormchaser, his dream seems fulfilled. But a much higher destiny awaits Twig as plots and treacheries from many years ago bring the lofty city of Sanctaphrax, home of the Edgeworld's most learned academics, to the point of disaster. For the city is built on a giant rock, floating high in the sky, its future balance dependent on stormphrax, a valuable yet extremely volatile substance obtained only from the heart of a Great Storm at the very instant it unleashes its most intense power. And only a ship such as the Stormchaser could risk entering the Storm.
©2006 Paul Stewart & Chris Riddell (P)2006 Random House
Science Fiction & Fantasy
Show More Show Less

What listeners say about Stormchaser

An excellent fantasy adventure story that takes place in a vibrant and rich world. Great for all ages, but probably perfect for pre-teens to early teenagers. Its an easy read (and listen) with plenty of complex characters.

another amazing book by great authors next one is in the basket ready to be read!

10/10. Such vibrant storytelling, rich in detail and generous in creating imagery, this was a delight to listen to.