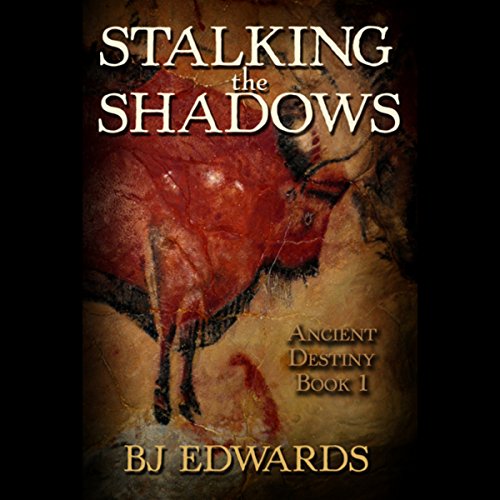 It is a time of change; the land is restless, the climate harsh. Driven by fate, starvation, and fear, the last of the Neanderthals teeter on the brink of existence, perilously balancing between life and death. In a distant valley, the last clan survives, eking out a subsistence in the wilds, fighting against the elemental powers of the land.

The delicate balance is torn asunder when the new men, Homo sapiens, clash violently with the ill-equipped clan. While the Neanderthals' extinction is inevitable, they leave their mark on history: a curse of strong magic, which will force change on the tribes of new men; and a boy, Dimek, a new man raised by Neanderthals, with a destiny of his own to fulfil.

Years later, now a hunt leader, Dimek must break away from his tribe's tradition and lead his men to a new land, a land that is not cursed. Dimek, along with a shaman, warriors, and hunters, set off on a journey, a journey that will change their lives forever.

Political intrigue and epic battles abound as the lives of the gods parallel the lives of man. Divine blessings are given, divine beasts are born, and the horse is domesticated. Magic and myth collide as the gods try to hinder and help the men as they eventually find their promised land.

History and myth is made when the tribes clash and eventually come together to form a society, a society built on battle and magic, stone and wisdom.

But all is not as it should be. For somewhere, out in the wilderness, a man waits; a scarred man who is blessed by a dark god, a man who could destroy all that the tribes have created.

What listeners say about Stalking the Shadows

I'd read part of a draft of this book some years ago ;- BJ and I go way back. So I had some idea what to expect... but I found myself absolutely blown away by this book. The author has poured his very soul into this story, and has succeeded in bringing it to life in a way that I simply can't find the words to do justice to. Honestly, I couldn't recommend this book highly enough!

The book is full of fabulous descriptions of an ancient land and ancient of people. It is a story of a great battle, of brave warriers and of people who trust their Gods and nature. I would recommend the book to anyone who enjoys reading about the ancient times and to those who enjoy reading about epic scenes of battles, bravery and Gods..

I don't know what I was expecting, but this was not it.Jus Sargent is sometimes a good narrator but some of his voices are nerve curdling.I got half way through before deciding to give up.I was given this book by the author,narrator or publisher.

This book was given to me for free for my unbiased review.
What a new look on a old story. Very imaginative and creative. The characters are very true to life feeling,character building didn't leave anything out. I really enjoyed the listen, the author went above and beyond.
The only complaint I have, and it's a small one, is at times I got lost on what was happening. Usually because I wasn't paying attention. I relisten to 5 minutes and all good.
Thanks BJ for the weeks worth of evening entertainment.

Wasn't what I thought it'd be

Would you try another book from BJ Edwards and/or Jus Sargeant?

I'd give them one more try

Was having a hard time

Hard to tell the difference in characters voices.

I received this book in audio format from the author....and I absolutely loved the prologue. After that 7 chapters in I decided to suspend the audio version and wait to get it in a format I can actually read. I appreciate the way this author thinks...referring to "listening for his spirit"...the heart still beating inside ones chest as ones spirit still inside of them, is just lovely. Equally lovely is the voice given to the animals with equal importance to the bipedal or humanoids...My sincerest apologies to the B.J. Edwards for my ineptitude at listening to the story as compared to reading it. I do look forward to picking up where I left off when I can engage my entire attentive brain...my ears are just wayward spirits that cannot focus on the sound. I do love the narrator's, Jus Sargeant's, voice. Beautiful cadence and timber to it...life just won't let me tune in deep enough to reach the finish line.