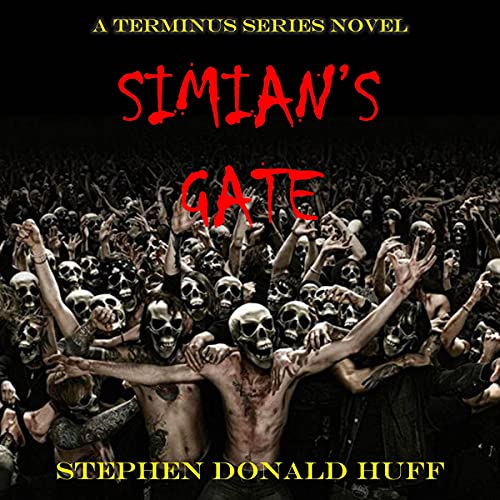 During his service as an intern at the SETI Project, Simian Wynwood fatefully records “first contact” with an alien intelligence.

Within months, this so-called SETI-Tech becomes widely available to the general populous, and disturbing events rapidly begin to unfold around the planet as an apparently benevolent alien influence slowly embraces and then seizes control of nearly every aspect of human civilization.

Horrified by his role in its discovery, Simian fears this fabulous “gift” is, in fact, a sinister alien plot hidden inside a technological Trojan Horse, but his is an isolated opinion utterly ignored by a global population of technophiles gone mad.

Ironically, when violent fanatics kidnap him to make a live broadcast protest of his torturous execution, he cannot make them believe that he empathizes with their xenophobic paranoia, and his agonizing end seems assured.

Whether by grace of fate or misfortune, a shocking outburst of violent anarchy will ultimately save him from one bloody death, only to condemn him, and all of humanity, to extinction when humankind unleashes the genocidal Terminus Signal upon opening Simian's Gate.

What listeners say about Simian's Gate: A Terminus Series Novel