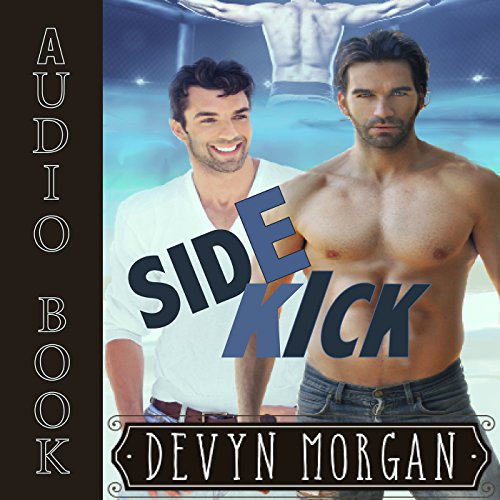 Recently divorced and out, David is ready to learn the ropes of the gay dating scene, but he doesn't know where to start. Making changes in his life, he joins a new karate class while he's at it.

A rising MMA star, Hunter has been traveling from dojo to dojo, both learning new fighting skills and earning his keep by making guest instructor appearances. But his recent Alexandria, Virginia post is turning tits-up. He's in the way of his host's cramped family, sleeping in the truck is uncomfortable, and his new MMA buddies still don't know his name. When he discovers that he knows his hot karate student, David, from middle school, life could get more awkward.

Hunter is chasing a sense of permanence. David is hunting Hunter. If they face their attraction as well as their complex histories, theirs might be a match for life.

Sidekick is a gay romance full of drunken idiocy, cage-fighting grit, and sizzling, explicit attraction, and adds up to a happy ending.

What listeners say about Sidekick