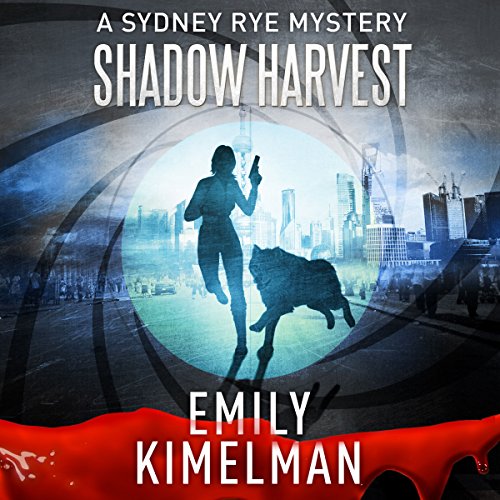 Sydney Rye is finally becoming comfortable with the vigilante network, Joyful Justice, which she inspired. On a private island in the midst of the Pacific, she's studying hard, learning about the structure of the organization and their active missions, and preparing to take on a leadership role.

However, when Sydney Rye's good friend and fellow Joyful Justice council member, Merl, goes missing in Shanghai, she and her dog, Blue, rush to the People's Republic to track him down. Following Merl's trail leads Sydney into the darkest corners of China's corruption, where she witnesses atrocities that make her already cold blood freeze.

With time running out and powerful forces closing in on her, Sydney has to risk everything to save her friend. The question is, will everything be enough?

What listeners say about Shadow Harvest

Shadow Harvest begins with Sydney Rye arriving with her dog Blue, in Shanghai looking for her friend Merle. Merle and his three dogs have disappeared without a trace. As Sydney goes deeper into China with a guide hired by Joyful Justice, Sydney is discovering the dark side of China and what they do with political prisoners.

As Sydney gets comfortable with being part of Joyful Justice, she is also faced with another dilemma of someone who wishes to destroy Joyful Justice by using her past against her and those who associate with her.

What I like about this series is that each book could be read as a stand-alone. It provides Sydney's past and what has transpired since then. The story is well-told with leads that Sydney followed up with which leads closer to finding her friend and mentor Merle. As each leads played out, it is filled with actions and dangers as Sydney get closer in finding her find Merle.

The narrator Sonja Field does a very good job in narrating the story. She makes the story memorable. She provides the Sydney Rye as being as a street-smart agent. There are moment where Sydney acts before thinking such as trying to charge in to a secluded Tai Chi Resort.

Sydney is never without her dog Blue. Blue has always provided Sydney some warnings wherever danger is closed by. Blue is Sydney's good luck charm.

I was given this audiobook by the author in exchange for an honest review. I was not compensated or influence in any way for writing this review

Another winner for Emily Kimelman, this time to China, and to see if Dan has betrayed her. The newest.one to join this group is Bobby? She has learn to trust him now. And we still have blue by Sydney side, hopefully for a lot longer. Sydney.once again has risked life and limb for promise of something better for people. Her books are not for everyone, a little graphic, but great stories. Given audio for my voluntary review and my honest opinion

Each book gets better

The narrator has really improved with each book, at first sounding as same voice but as the characters are developed in the stories, she started making each recognizable to the listener. Great job.

Another great addition to the series

A great addition to the series. This book is on point with the perfect mix of action, background story, mystery and a little love thrown in for good measure. A great way to spend my long commute to work!