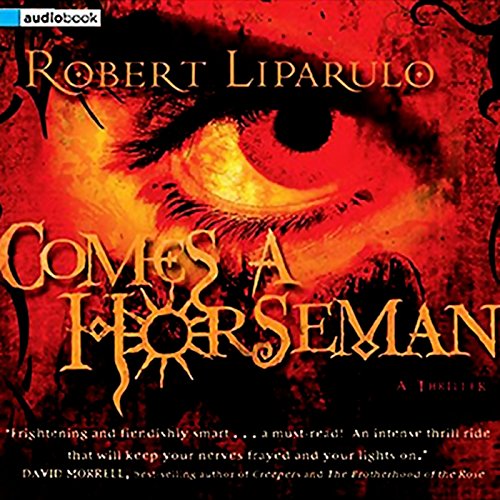 FBI agents Brady Moore and Alicia Wager are accustomed to grisly crimes like the so-called Pelletier Killings. But when the pair uncovers ancient prophecies that link the victims, the wrath of the killers turns on them. Reeling from a series of attempts on their lives, they follow a scant trail of evidence that leads them to Luco Scaramuzzi, the charismatic Italian ambassador to Israel, a man of near limitless power and incalculable wealth. A devoted network of followers fulfill his every desire and await the day that his power will be unleashed on an unsuspecting world. Eventually, Brady and Alicia learn the secret that can bring him down. If only Brady can act before his own anger and confusion burn him up. If only Alicia can accept a truth that contradicts her strongest belief.

From the forested mountains of Colorado and the halls of the U.S. government's most clandestine agency, to the Vatican's mysterious L'Archivio Segreto and the labyrinthine caves under Jerusalem, this global thriller will rattle even the most skeptical soul.

A great book (a so-so abridgement)

A dime novel? Clean but boring? Don't make judgements about ABRIDGED fiction, people! This is one of the best books I've ever read, and I lean toward Lee Child, John Grisham, Michael Crichton (NOT "Left Behind"). There is very little preachiness (in fact, I'd say none). Lots of action and suspense. I seriously doubt the author wanted to be compared to "Da Vinci Code"; he is a MUCH better writer than Dan Brown.

That said, I can see the comparisons: There is an ancient secret and a modern chase. It's the best of "Da Vinci Code" and none of the worst (Dan Brown can weave a good yarn, but he's not much of a craftsman; Liparulo wrote a great story, and his skill with a pen exceeds the skill of many bestseling writers today... I'm not the only one who thinks that--a lot of reviewers in top publications have echoed this sentiment).

I agree that abridge audio is not the way to experience a book or a story, and I also agree that the reader of this one didn't do such a wonderful job, but don't pin the problems on Liparulo or the book: Read it and experience a great thriller writer at the top of his game!

Get unabridged version, this is terrible.

Abridged version is chopped up an hard to follow. Missing to much of original book.

I try to not to buy abridged versions of books but slipped up on this one. It was a blessing as I have never heard such a corny book. In its pages the author even refers to The DaVinci Code perhaps expecting a comparison. Wrong!

Even the reader is awful. Hieronymus Bosch comes out as "HyRonamus" and the Italian "per favore" comes out as the Spanish "por favor".

Buy the book if you want a good laugh at some of the rediculous adventure, but do not invest in the unabridged version.