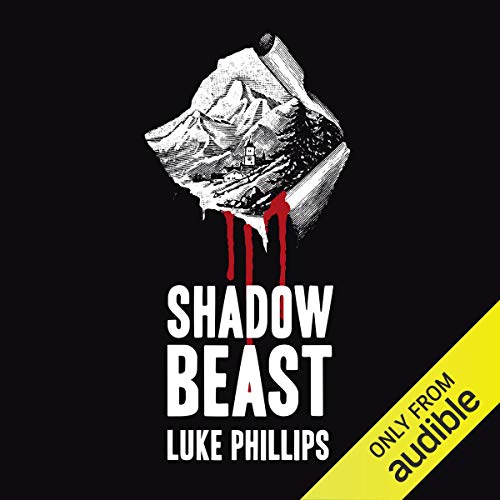 By: Luke Phillips
Narrated by: Andrew Pond
Try for £0.00

We just lost our place at the top of the food chain. Man is just meat.

It is only when the bones of its prey are discovered in a remote Scottish glen that the majesty and power of one of nature’s most successful predators is truly revealed. As it strikes silently from the shadows and on nights shrouded in darkness, a small village falls under siege to a remarkable creature. For thousands of years mankind has had the upper hand but now - suddenly, violently, bloodily - the balance of power has shifted.

When an isolated wildlife research centre launches an investigation, it is soon discovered that something out of place has made the Highlands its home and set its sights on the quiet village of Cannich. It will hunt, it will kill, and it won’t let anything get in its way. Thomas Walker, a renowned wildlife specialist and former big game hunter, finds himself confronted with his past and an animal the likes of which he had never wanted to face again. As its devastating rampage goes unchecked and threatens his home, the woman he loves and his very way of life, an older and much more human adversary seeks him out. How long will any of them survive the presence of the beast in their shadow?

There are nearly 2,000 reported sightings of what have become known as mystery big cats across the UK every year. Some, such as the beasts of Bodmin and Dartmoor, have become infamous. Their origin and identity remain unknown. Shadow Beast, the new chiller from Luke Phillips, offers a terrifying and deadly explanation.

What listeners say about Shadow Beast

I do not usually read/ listen to this type of book, however I was hooked from the beginning, excellent language, accents and bringing to life the characters was second to none, story and detail made my mind and imagination race.. loved it highly recommended

Hi there. I'm actually the author of this book, but I wanted to let you know what I especially love about the Audible edition, and the narration.

As an independent author, finding the right voice for the characters that have lived inside my head was not something I took lightly. I received several auditions, some from prominent actors from TV and beyond. But in the end, none delivered what Andrew did.

My book is set in the Highlands of Scotland, complete with native Gaelic place names, and a broad spectrum of characters with Scottish accents. Andrew does them all justice. Thomas, my protagonist, is a well-educated former hunter and wildlife expert. His tragic past, and his close bond with his three-legged dog are perfectly captured in the narration. As his sense of humour and unintentional arrogance.

But, most important, was the creature at the heart of the story. I really wanted my book to stand out by giving the animal's POV, and Andrew has given the creature a unique voice that truly enables us to understand its motives, and its sheer will to survive as an apex predator. As hunter becomes hunted and Thomas and the creature swap roles, the tension builds and the pace becomes relentless.

In short, what I really loved about the Audible version of the book, is, that it still felt "new" to me. I was swept along with the adventure, and I wanted to know what happened next - even though I already did! I hope you discover the same when you give it a listen.

The characters are good and enjoyable, the monster is horrifying, the chase is energetic and thrilling... it's just simply a good book, no bones about it.

I will say I didn't love a certain plot development near the end, because it happens in almost every creature horror book and it's just silly and irritating. Still, the overall experience and story was good in spite of that. A+.

The shadows drip with blood!

This is a Creature/Beast story one must check out. It holds compelling storytelling emphasized even more so by the narrator. If you love great impressions, environmental settings, descriptive details not for the faint of heart and so much more this is a book for you looking forward to the next one!

well written and performed good story, not exactly edge of your seat, but a nice diversion while driving

I couldn't put it down. Best story I've read in a while. Plot grabbed me from the first.

starts slow, typical and expected. turns into a fun creature feature and worth your time and attention

I finally decided to listen to the this after reading reviews of many books and was pleasantly surprised well paced and fresh story with excellent news narration.

Good story with a nice pace. Cat lovers watch out!! Would recommend to creature book lovers.

man this was an awesome story. I wish there was another book or two to continue the story.

Story was decent. Lacked character development. Narrator was very good for the most part. However, when narrating “the creature”, would change to a over dramatic James Earl Jones type voice. Halfway through the story I found myself involuntarily rolling my eyes. I get what he was trying to do, but was totally unnecessary. Became a distraction.

The story was ok, average with some logic problems. The narration was only good when he did dialogue and accents. Otherwise it was as if he was racing to read the book. His narration for the beast was horrible.