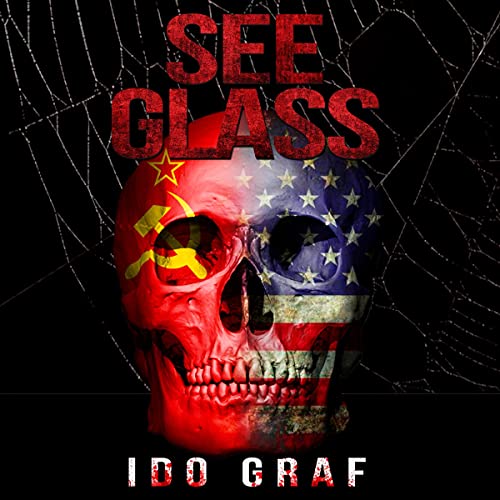 "If ever a novel was ready to be made into a feature film, it is this one.... It has all the ingredients for the big screen.... You know the kind of film I mean? The ones that usually star Harrison Ford or Liam Neeson..." (Jeremy Ransome, editor, Spalding Guardian)

A former legionnaire had been working as an investigative journalist in Paris. He meets a mysterious American of Jewish and Latino descent by chance when the latter sails into a quiet fishing village nestled in a remote Andalusian bay in the far south of Spain.

The yachtsman, also a former French foreign legionnaire, explained that he had been working in private security and he tells a story that dates back to the dark days of Nazi Germany, and it at first seems to be fictitious. However, the journalist began to question what he had been told. The mystery of the violent deaths of an elderly Swiss gentleman and his two gamekeepers in a lonely house in the English Shires serves as the catalyst as they begin to expose the international political and terrorist conspiracy. The various strands of the frightening story begin to come together. What follows is a life-and-death hunt for a secret that had its birth amid the destruction of Berlin in 1945.

There are those within the spy and security services of the Middle East, Europe, and the United States who struggle to come to terms with the enormity of their theories. Others within the corridors of political power wish to prevent that secret from seeing the light of day. They will stop at nothing to reach that aim. Who are the traitors? The suspense novel was described as reminiscent of The Odessa File and Tinker Tailor Soldier Spy. A former US Navy man best described the See Glass thriller as having a style which "is very Tom Clancy. Exciting story line with real-world events as a backdrop. Another Clancy trademark you have is utilizing real-world existing/former agencies and military units." This book begs the question: "Is it fiction?"

What listeners say about See Glass

Super exciting - surprises in every chapter

I loved this book and couldn't turn the light off because I needed to know what the next twist would be. Although an adventure book it's firmly rooted in reality and you can see how it could be an explanation for the weirdness of the past years. I thoroughly recommend this book if you're looking for a rollicking adventure with a completely unexpected finale.

An intricate story with a lot of threads that run through the book. You could almost believe that the story was true. The prologue is a very clever start to it all and that marries up nicely with the last few chapters. The narrator is easy to listen to and he seamlessly jumps from American to Russian to French etc characters. I thought it was easy on the ear and interesting though you do have to concentrate as there are clever plot twists which you need to listen out for. Overall - great!

I couldn't stop listening. I spent all day on Sunday gripped. I can't wait for the authors next work.

Thought I would try and tackle my insomnia by listening to this in bed. I ended up getting hooked and after a couple of late nights staying awake for just one more chapter finished this thriller!!! Would love to see it in a film. Not to discount the audiobook but in film I think it would be even better.