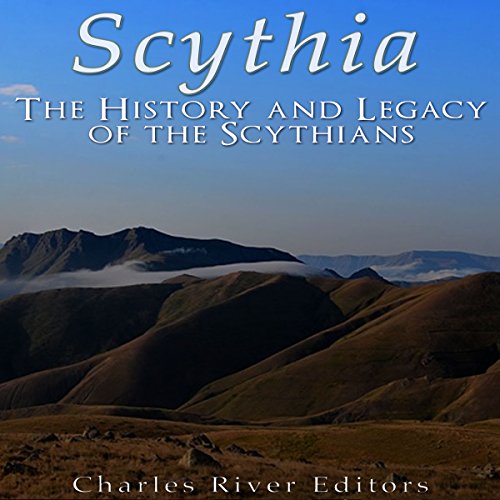 The History and Legacy of the Scythians
By: Charles River Editors
Narrated by: Jim D Johnston
Length: 1 hr and 19 mins
Categories: History, Ancient
4 out of 5 stars 4.0 (1 rating)

Among all the peoples of the ancient Near East, few are more misunderstood than the Scythians. The Scythians swept into Anatolia in the early first millennium BCE and left a large swath of destruction in their wake. They challenged old, strong, and venerable kingdoms such as the Assyrians, Egyptians, and Medes, until they were defeated by the Medes and then gradually disappeared into historical obscurity once more. According to the ancient Greek historian Herodotus, the Scythians ruled a large part of the Near East for nearly 30 years, but before they disappeared from the historical record, the Scythians greatly impacted the history of the Near East.

The Scythians have been known to the world for centuries thanks to the writings of Herodotus and other Classical historians, but still much remains unknown about the enigmatic people, and the first attempts to understand the mostly non-literate warrior culture through archaeology were conducted by Soviet scholars during the 20th century. Since the dissolution of the Soviet Union in the early 1990s, Soviet research on the Scythians has become more widely available in the West and Russia, and other central Asian republics have been more receptive to allowing foreign scholars to conduct field work in their countries. This has resulted in a much greater understanding of the Scythians and their place in ancient history.

Through an analysis of modern scholarly works and archaeological reports, as well as careful examination of literate peoples who wrote about the Scythians, the importance of these people can be placed more firmly in its proper historical context.

Not really worth the time

This is a summary only and really isn't worth the time spent listening to it. Writer mentions archaeological work done by the Russians and then says virtually nothing about it. Work is peppered with quotes from Herodotus - it would probably be half as long (and its pretty short) if he just told us what Herodotus said instead of laboriously quoting him verbatim. I suppose for anyone who just wants a "who did what when" to get through an exam its probably OK. As to new insights as to Scythian organization, language, culture etc. it does not deliver anything.