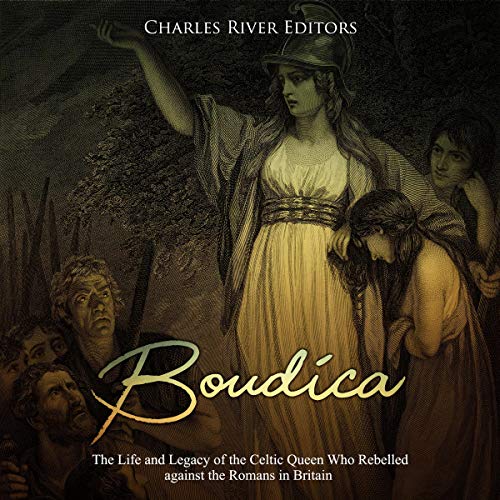 Boudica: The Life and Legacy of the Celtic Queen Who Rebelled Against the Romans in Britain

The famous conqueror from the European continent came ashore with thousands of men, ready to set up a new kingdom in England. The Britons had resisted the amphibious invasion from the moment his forces landed, but he was able to push forward. In a large winter battle, the Britons’ large army attacked the invaders but was eventually routed, and the conqueror was able to set up a new kingdom.

Over 1,100 years before William the Conqueror became the king of England after the Battle of Hastings, Julius Caesar came, saw, and conquered part of “Britannia”, setting up a Roman province with a puppet king in 54 BCE. In the new province, the Romans eventually constructed a military outpost overlooking a bridge across the River Thames. The new outpost was named Londinium, and it covered just over two dozen acres.

Londinium had become the largest city in Britannia shortly before being burned down in a native revolt led by an infamous Celtic Iceni queen named Boudica. With a name meaning “Victory”, Boudica was a charismatic woman who commanded nearly 100,000 Celts and led them on a campaign to expel the Roman overlords from Britain around the year 61 CE. Often called the “Celtic Queen”, she wore a warrior’s necklace around her delicate neck and rode upon a sturdy steed. According to the ancient historian Cassius Dio, “In stature, she was very tall, in appearance most terrifying, in the glance of her eye most fierce, and her voice was harsh.” It is said she had a piercing glare that could shrink her people’s enemies, which in this case were the Roman legionnaires under the vengeful general Suetonius.

Boudica was not only a woman of high intelligence but also a Druid priestess of great repute, which caused the Romans a unique kind of concern. The Celts have fascinated people for centuries, and the biggest fascination of all has been over the Druids, a religious class at the heart of Celtic society that wielded great power. Naturally, people have been interested in Druids for centuries mostly because they don’t understand much about the Druids or their practices. The word comes from the Romans, who labeled them "Druidae" in reference to the white robed order of Celtic priests living in Gaul, Britain, and Ireland. They were a well-organized, secretive group who kept no written records and performed their rituals - allegedly including human sacrifice - in oaken groves, all of which interested and horrified Roman writers.

What listeners say about Boudica: The Life and Legacy of the Celtic Queen Who Rebelled Against the Romans in Britain