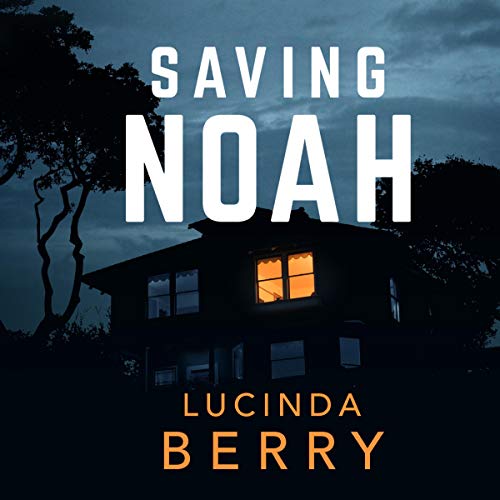 By: Lucinda Berry
Narrated by: Carrington MacDuffie
Try for £0.00

Meet Noah - an A-honor-roll student, award-winning swimmer, and small-town star destined for greatness. There weren't any signs that something was wrong until the day he confesses to molesting little girls during swim-team practice. He's sentenced to 18 months in a juvenile sexual-rehabilitation center.

His mother, Adrianne, refuses to turn her back on him despite his horrific crimes, but her husband won't allow Noah back into their home. In a series of shocking and shattering revelations, Adrianne is forced to make the hardest decision of her life. Just how far will she go to protect her son?

Saving Noah challenges everything you think you know about teenage sexual offenders. It will keep you up at night long after you've finished, questioning beliefs you once thought were true.

What listeners say about Saving Noah

what an sad and emotional ride this was, loved this so much. highly recommend this book.

The content of the story was originall and interesting to read about an alternative perspective of what is an controversial subject. The twist at the end I didn't expect but had wondered whether it was the case. The narration took some getting used to, she does not take a breath and seemed almost monotone, only towards the end it became less annoying.

Having worked with registered sex offenders for over 20 years, the mother in this story is WHO NOT to be!! Reason who people reoffend…enabling. As a mother I get love but this character is not what a mother should be.

Very intense but would recommend

I was surprised that I could listen to the entire book given the intense subject matter. The story is written well, and my only complaint is with the narrator. She didn't do a good job with the male or child voices.

I’m so sad. I’m so ANGRY AT LUCAS. he could have HELPED HIS SON! ugh I’ve got so many emotions running through me. My heart hurts.

I enjoyed this story, and the narration was well done (ffwd it to 1.15x though in attempt to match my mental reading speed)

Adrienne’s idealistic family shatters when her teenage son admits to molesting two young girls. With his release from a juvenile therapeutic detention facility on the horizon and her husband Lucas refusing to allow Noah’s, Adrienne will stop at nothing to protect her son, even to Noah’s detriment.

Adrienne’s devotion to Noah blinded her to the seriousness of his crimes, repeatedly minimizing the impact on the victims. Lucas didn’t make matters easier by hating his son, refusing to talk to him. Between his overreaction and her under reaction neither parent met his needs. I understood Lucas wanting to protect their young daughter’s safety. I wouldn’t have let him alone with her either and I wouldn’t trust Noah’s word that he’d never hurt Katie. My hair stood on edge when the little girl said, “I know he touched girls’ private parts. He could touch mine if he wanted. I wouldn’t care.” I would have taken her to therapy, Adrienne wants to make sure Lucas doesn’t find out. WTF??????

The resolution was unlike any I could have imagined with a twist I never saw coming.

I enjoy Lucinda Berry’s writing very much. Her books are impossible to put down and dive into areas few authors dare to go. SAVING NOAH is an uncomfortable, compelling read.

I’ve read & listened to a lot of Lucinda’s books & I’ve loved them all… until now. The narration is horrific to start. The 3 minutes of super unnecessary, vivid detail about vomiting & diarrhea almost did me in. I had to finish the book to see what happened though… then I got to the painful snippet of CPR. You aren’t reviving anyone with that technique. The story line had so much potential & could’ve really been a good book. But it was just disappointing. I’m no quitter. So I finished it. But it was painful. A lot of skipping through parts & spacing out while listening. Wasted credit. Ugh

The mother was the worst trying to.make noah The to make Noah look like he was innocent and like what he did wasn’t so bad that he molested girls (that is sinister behavior) I was on the dad's side - I would not care what happened to Noah if that was my child but then he turned out to be the opposite of what I thought it was. The narration was not that good like the author try to sound like a man, little girl , and teenager - they should have gotten different voice actors. however the situation was pretty interesting to read about It - heavy stuff. Overall it was worth an credit .

Although this book deals with important issues, which is a nice change from the usual psychological thriller genre, I was disappointed at the story. I didn’t find it gripping, more of an exposé showing the hardships of a teen sexual offender and his family. Important but if you are looking for a page turner this is a bit dry.

This book opened my eyes to the idea that primary pedophilia, like homosexuality, is a hard wired sexual response rather than the result of trauma or choice. It makes perfect sense, but I'd never heard that and I have a masters degree in psychology. That said, the characterizations in this novel are flawed and, sorry, but I knew he'd have to kill himself in order to have a morally satisfying ending from the jump. The mother is annoying and her ultimate choice not particularly believable. And the end bit regarding the father is just lame. But wow, what a dilemma for the kid and the family and surely this must happen not infrequently in the real world!

Such a sad story but well written. Kept my attention the entire time. I will be getting more books from this author.