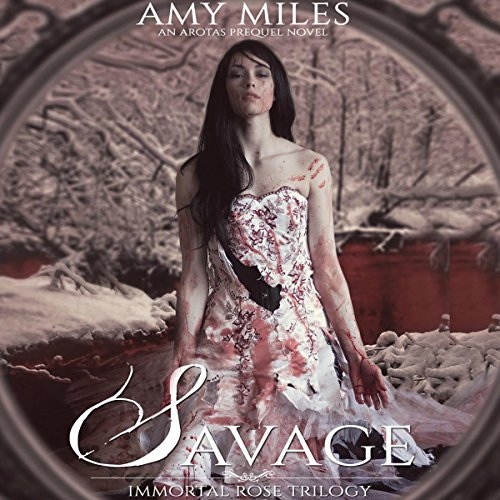 Humans live, fall in love, and return to the dirt from which they came, but for Roseline Enescue, time stands still. A hundred years pass without word from Fane, long enough for the feel of his touch to wane, and she begins to doubt that he ever truly existed at all.

Vladimir continues in his ruthless pursuit to destroy her spirit. Plagued by the sinister whispers of his brother, Lucian, her husband turns to new methods of torture that leave Roseline on the brink of insanity. As rumors spread among the humans of vile monsters that inhabit Castle Bran, giving way to wild legend and myth, she is forced to fight alongside the family she despises in order to survive. Soon it is no longer survival that she longs for...but blood.

What listeners say about Savage

Loved every second of it!!

Amy Miles is such a talented writer. Yes a lot of parts of this book are gruesome and detailed but that’s what makes it so good. I listened to it every chance I got and I can’t wait for the third to come out!!

The book started out with Roslyn holding out and keeping strong, but when she finally caved in.... I lost interest.... it became repulsive to me.