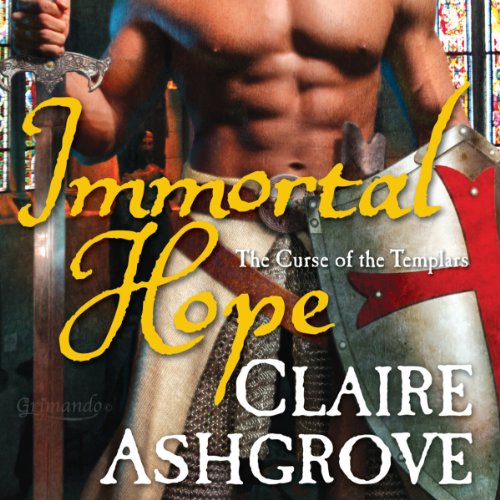 Centuries ago, Templar knights defied the archangels and unearthed the copper scroll that revealed the locations of the gates to hell. Cursed for their forbidden act, they now roam the Earth, protecting mankind from evil.

But darkness stalks them, and battles they fight bring them ever closer to eternal damnation.

One promise remains to give them salvation - the return of the seraphs.

Embittered by his purpose, Merrick du Loire must honor an ancient pact and bring peace to his cousin’s soul, releasing him from the clutches of their enemy.

When he stumbles upon history professor Anne MacPherson, he discovers that she possesses a sacred artifact that marks her as a seraph. Duty demands he set aside his personal quest and locate the knight she’s fated to heal.

As Merrick struggles with conflicting oaths, Anne arouses buried hope and sparks forbidden desire that challenges everything he’s sworn to uphold. Anne has six weeks to complete her thesis on the Knights Templar. When Merrick takes her to the Templar stronghold, he presents her with all she needs - and awakens a soul-deep ache that he alone can soothe. Yet loving Merrick comes with a price. If she admits she is destined for him, her gift of foresight predicts his death.

What listeners say about Immortal Hope

Very selfish heroine..Not likable at all..

I Don't know if I'll make it through this book. I'm at 62% and I have to say I find Anne so selfish I'm having a real hard time liking her. She knows Merrick is her mate yet she's going through all this crap with the other knights just to make him jealous? The author just goes on and on with so much BS it's just rediculous. I find myself skimming page after page trying to find some part that doesn't annoy me but every part Anne is in pi$$es me off. At this point it's "all about her" and I really don't like that. I'm not sure I'll finish this book, which means I probably won't read any of the other books in this series. Sorry! Just not my kind of heroine. AND there is too much filler. You could have subtracted 75 or more pages and it still would have been readable and a lot less boring.

As to the narrator: She did a great job. The men sounded like men. Can't ask for more than that. I'd listen to her again.