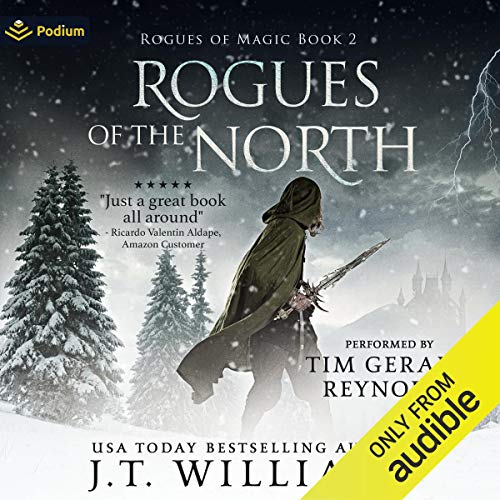 Rogues of the North

By: J.T. Williams
Narrated by: Tim Gerard Reynolds
Try for £0.00

Once he was an assassin. Now, he is something more.

Sviska seeks to protect that which he once called evil. Fleeing the destruction of the last refuge of magic in the land, he sails across the Glacial Seas with his new companions. Their path is unclear. The Galhedriss Arcana, the sacred book of magic, is safe from the grasp of The Order, but for how long is unknown.

In a world long against magic, they meet a mysterious half-elf that knows of their secrets and offers help against those that hunt them. But an old evil is awakening. The Order of men has gained a new ally, a mysterious entity of fog and shadows that wields arcane powers not seen since the time of the gods. To complete their tasks, the Saints will travel to the ruined cities of the elves and dwarves in search of a mystical artifact called the Dwarven Hand, but they will not do so unnoticed.

Sviska works to fight against the Order and this new evil before any hope of magic returning is forever lost. But he has not escaped from his shadowy past, and his betrayal to his masters will have a steep price.

What listeners say about Rogues of the North