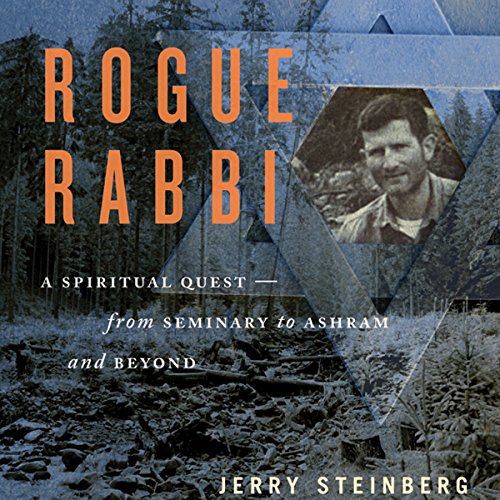 By: Jerry Steinberg
Narrated by: John H. Mayer
Try for £0.00

The fascinating story of a man whose exploration in spiritual existence has not been limited to his life as a rabbi, this autobiography shares Jerry Steinberg’s experience down a path less traveled. Revealing an understanding of God that goes beyond the conventional, the memoir contributes to a different perception of the world today - an open-eyed and open-minded view that will resonate with readers of any religious or spiritual background.

After traveling to India and investigating the Christian faith, Jerry went into medical school and narrowed his focus to psychotherapy - working with past-life regression, dreams, and psychogenic illness. He also became a rabbi; but Jerry never ceased to explore all aspects of faith, and he took up a specialization in Kabbalah, a discipline of Jewish mysticism. Jerry’s self-proclaimed focus has been to seek the essence of spirituality through the interface between rationalism and mysticism, and between religion and sexuality. The story of this real-life spiritual explorer will both inspire and instruct through his universally peaceful and accepting example.

What listeners say about Rogue Rabbi

Would you consider the audio edition of Rogue Rabbi to be better than the print version?

I wouldn't say this. I'm sure the print version is great too. I listen to books because I do a lot of driving.

What other book might you compare Rogue Rabbi to and why?

I've been mostly reading books with a Jewish perspective. This one is particularly interesting and an absolutely great story of the ups, downs, miracles and let downs of Jerry Steinberg's life.

What about John H. Mayer’s performance did you like?

He is a good reader, easy to follow. I did however just the speed up to 1.5x.

Jerry's experience with dreams and past life regression really stood out to me.

I wish I could buy the game he created! His congregation is also very lucky to have someone lead them with such an open, warm and unique perspective.