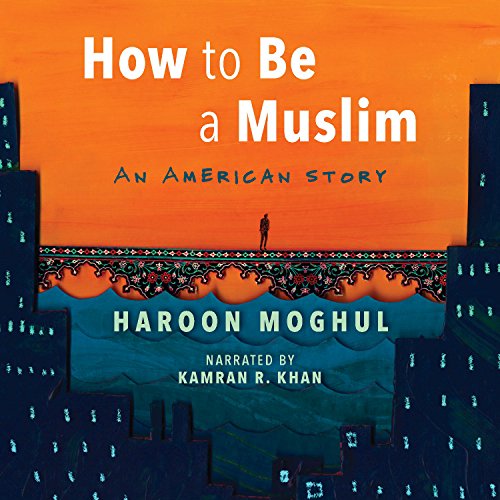 How to Be a Muslim

A young Muslim leader's memoir of his struggles to forge an American Muslim identity.

Haroon Moghul was thrust into the spotlight after 9/11, becoming an undergraduate leader at New York University's Islamic Center and forced into appearances everywhere: on TV, before interfaith audiences, in print. Moghul was becoming a prominent voice for American Muslims even as he struggled with his relationship to Islam. In high school he was barely a believer and entirely convinced he was going to hell. He sometimes drank. He didn't pray regularly. All he wanted was a girlfriend.

But as he discovered, it wasn't so easy to leave religion behind. To be true to himself, he needed to forge a unique American Muslim identity that reflected his beliefs and personality. How to Be a Muslim reveals a young man coping with the crushing pressure of a world that fears Muslims, struggling with his faith and searching for intellectual forebears, and suffering the onset of bipolar disorder. This is the story of the second-generation immigrant, of what it's like to lose yourself between cultures and how to pick up the pieces.

"In sometimes heartbreaking and staggering prose laced with subtle and sardonic humor, Moghul ( The Order of Light) shares what it looks like to hammer out an American Muslim identity. As Moghul loses himself and seeks himself, readers will appreciate his story as a second-generation Muslim immigrant, but also as a representative of the modern man: searching, groping, discovering, losing, loving, hoping, dreaming, and suffering. Highly recommended for its candor and relatability, this book will invite readers to fathom what it means to grasp Islam - and religion and spirituality in general." ( Publishers Weekly)
"Between Homer Simpson and Muhammad Iqbal, Rumi and Kobe Bryant, Haroon Moghul's profound, honest, entertaining, and hilarious memoir emerges as an important voice for our times. The title, How to Be a Muslim, doesn't do this revealing and impressive memoir justice. It should simply be called 'How to Be a Human'. By showing us his warts, pain, flaws, insecurities, demons, and hypocrisies, Moghul ultimately reveals the joy, wonder, and purpose of living and being in the messy, conflicted playground that is modern life." (Wajahat Ali, author of The Domestic Crusaders)
" How to Be a Muslim is at once a poignant spiritual memoir, a gripping tale of love and survival, and a pop-culture-infused retelling of an ancient tradition. Packed with wit, wisdom, and wry intelligence, Haroon Moghul's story should be read by anyone who wants to understand the complexity and reality of religion in America today." (Peter Manseau, author of One Nation, Under Gods)

What listeners say about How to Be a Muslim

will be waiting for more books from Haroon

this entire book was so mesmerizing that I would listen to it every time I can , so many points were relatable and you could connect emotionally with the author. I would 100% recommend it

Confusion with no solution

With the historical transition taking place in the Muslim world , I always appreciate young Muslims growing up in the west who reflect on their experience as practicing Muslims in our modern time and share it with others.
What I don’t appreciate is when they turn it into sharing nothing but confusion without offering any hints to solutions, and when they look down at their faith and community as if the problem is always the corruption outside but not the weakness within.