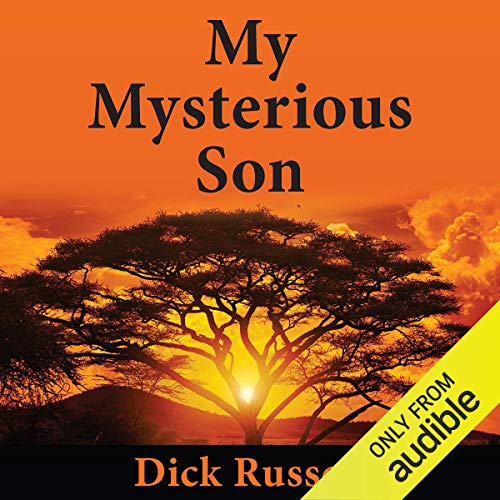 What does a father do when hope is gone that his only son can ever lead anything close to a "normal" life? That's the question that haunted Dick Russell in the fall of 2011, when his son, Franklin, was 32. At the age of 17, Franklin had been diagnosed with schizophrenia. For years he spent time in and out of various hospitals, and even went through periods of adamantly denying that Dick was actually his father. A mixed-race child, Franklin was handsome, intelligent, and sensitive until his mental illness suddenly took control. After spending the ensuing years trying to build some semblance of a normal father-son relationship, Dick was invited with his son, out of the blue, to witness the annual wildlife migration on Africa's Serengeti Plain. Seizing this potential opportunity to repair the damage that both had struggled with, after going through two perilous nights together in Tanzania, ultimately the two-week trip changed both of their lives.

Desperately seeking an alternative to the medical model's medication regimen, the author introduces Franklin to a West African shaman in Jamaica. Dick discovers Franklin's psychic capabilities behind the seemingly delusional thought patterns, as well as his artistic talents. Theirs becomes an ancestral quest, the journey finally taking them to the sacred lands of New Mexico and an indigenous healer. For those who understand the pain of mental illness as well the bond between a parent and a child, My Mysterious Son shares the intimate and beautiful story of a father who will do everything in his power to repair his relationship with a young man damaged by mental illness.

What listeners say about My Mysterious Son

2hrs in and i am still feeling restless to get to the point. This is just my personal take, but i feel trapped in a world of obsessively documented minutia. I want to know about the tie between schizophrenia and shamanism but that has yet to be broached. I feel like i am being regaled with baby pictures (and accompanying descriptions), in an endless stream, of a stranger i have no cause yet to care about.

I'm frustrated because this has a lot of promise, the subject matter does, but by god get to the point! Sorry. Maybe it picks up later on but i think 2 hours is a solid and honest effort to give the benefit of the doubt.

I'm just not sure why the decision was made to keep this so lengthy, and to not edit it so that only pertinent things were relayed? Maybe the author felt it was ALL relevant.... But as a reader i'm floundering with all of this info that seems disjointed and seems to not support certain ideas he wishes to get across. Brevity can also be an art.

The human attention span is generally 30 seconds.... Where is the hook to pull in one's interest, aside from the book's description?

I hope this review doesn't sound mean or hurtful - i don't intend it to be. I'm just quite bewildered with the meandering and almost unfocused nature of this book thus far. Again, my personal assessment. Others may have a different experience.

a more stilted way of reading is hard to imagine

The storyline is good, but the writing is some difficult to follow. This deficit is intensified by a narrator with wonderful pronunciation, but a style similar to that of a text to speech program. The combination made listening to the book a struggle. I would not recommend it.

Recommended to an open mind.

This book opens the door to a brand new view of mental health and is recommended to anyone who needs support in their journey.

Very well done. Effectively presented research on what it means to live with and live with someone labeled as "schizophrenic". Must read for anyone involved with the chronically mentally ill. The reader/listener becomes so endeared to Franklin and the story of his early and adult life. The exploration of alternative definitions and treatment modalities regarding mental illness is wonderful!

My Mysterious Son is a great read!

This book is a great example of self sacrifice and the struggle that one may undertake along with it. It is a unique piece that inspired me as I too have a family member with a “mental illness”. The book truly puts you in the perspective of the ladder an can be assimilated as such that one can have hope. Can do more for others and learn a lot from life by serving those who are really in need. I was left wanting more of the story. And will be reading more from Dick Russell.