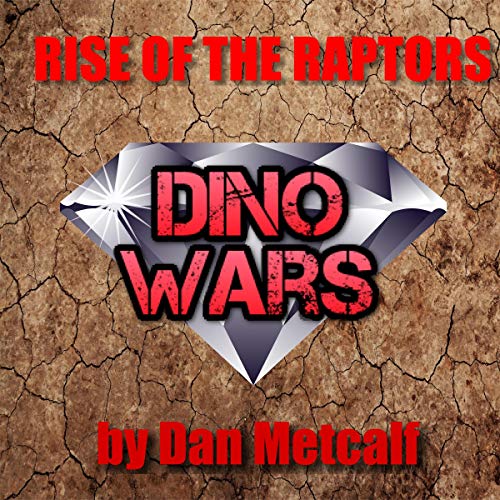 Rise of the Raptors

By: Dan Metcalf
Narrated by: Paul Delaross
Try for £0.00

3142 AD. Humanity is on the verge of extinction after genetically engineered dinosaurs reclaimed the planet during the Dino Wars.

Adam Caine lives in the secluded city of Bastion with other human survivors and peace-loving dinosaurs. When an old biological weapon that threatens all dinosaur life is activated. Adam knows it is down to him to stop it.

With the help of his sister Chloe and best friend Dag, a tech-savvy iguanadon, Adam must find four Dilotron crystals before time runs out. However, one might just be at the center of a city full of carnivorous raptors.

This is the first book in a four-book series which follows the adventures of Adam and the rest of his motley crew. With genetically modified, sentient dinosaurs and a world that needs saving, this is definitely an action-packed series for those that love a bit of adventure.

"An action-packed treat for young dinosaur fans! So dinotastic it will shake you off your seat and make your teeth chatter!" (Chris d’Lacey, author of The Last Dragon Chronicles series)

"An imaginative and fast-paced adventure with dinosaurs and lasers, what’s not to love?" (Giles Paley-Phillips, children’s author)

"This is a fun and imaginative adventure set in an exciting new genre...dino-punk!" (Huw Powell, author of the Spacejackers series)

"What is there not to love about talking dinosaurs? It’s exactly the sort of adventure I had always wished I could go on as a kid! Dino Wars is not only pre-hysterical, it’s a thrilling romp through the future!" (Andy Briggs, author of Hero.com and The Inventory)

"Dan Metcalf has created a believable futuristic world where humans and dinosaurs coexist. This promises to be a must-read series. Reluctant readers especially will be hooked." (Saviour Pirotta, author of Firebird)

"What’s not to love about a future filled with talking dinosaurs, dino-cities and a quest to save the world? A fast-paced, strikingly scaly tale with acres of action and adventure." (Guy Bass, author of Stitch Head)

What listeners say about Rise of the Raptors

what a great story, thank you to the author what a great job, my son loves the story and listens to.ut every night. please can we have more.