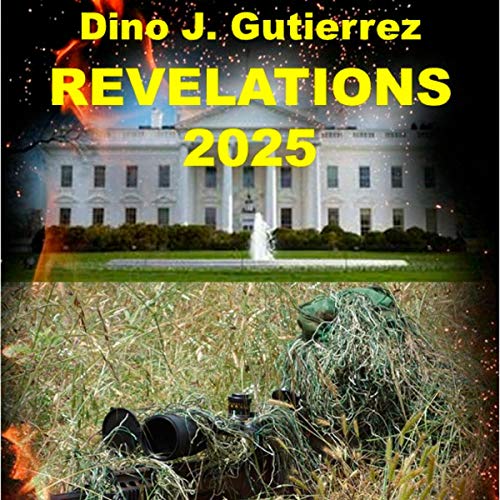 Revelations 2025 is about the battle for America’s soul. Russell Williams left the US Army as a sniper with the 3rd Ranger Battalion after eight years in 2019. He found employment in building the wall on the southern border.

After two bitter elections, the president gets his wall, and at the end of his second term, it’s 100 miles east of El Paso. The new president stops all construction, and Russell is out of job. He goes back to what his dad left Russell - a 100 acres nearby Yoakum, TX.

Soon, unrest unfolds as the new President Wilcox exerts her power grab. A civil war breaks out. Promptly, President Wilcox suspends habeas corpus and revokes the second amendment. Will the patriot states' plan prevail? Will it end this civil war quickly, or does the deep state have its ultimate victory? Is it the end of the American constitutional republic dream our founding fathers gave us?

Dino J. Gutierrez is an army veteran whose honorable service includes one tour to Desert Storm, three tours to Operation Iraqi Freedom, and one tour to Operation Enduring Freedom. He graduated from Douglass High School in 1986 and attended the University of Oklahoma and received his bachelor of science in construction science in 1998 and then worked in general construction until 2004.

What listeners say about Revelations 2025