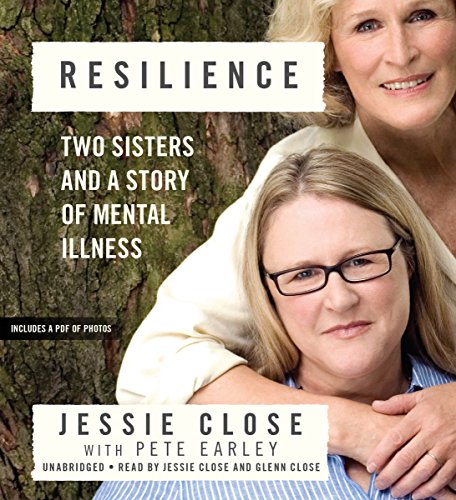 The Close sisters are descended from very prominent and wealthy ancestors. When the Close sisters were very young, their parents joined a cult called the MRA, or Moral Rearmament. The family was suddenly uprooted to a cult school in Switzerland and, ultimately, to the Belgian Congo where their father became a surgeon in the war-ravaged republic, and ultimately the personal physician to President Mobutu. Shortly after the girls returned to the US for boarding school, Jessie first started to exhibit symptoms of severe bipolar disorder (she would later learn that this ran in the family, a well-kept secret). Jessie embarked on a series of destructive marriages as the condition worsened. Glenn was always by her side throughout. Jessie's mental illness was passed on to her son, Calen. It wasn't until Calen entered McLean's psychiatric hospital that Jessie herself was diagnosed. Fifteen years and twelve years of sobriety later, Jessie is a stable and productive member of society. Glenn continues to be the major support in Jessie's life.

In Resilience, the sisters share their story of triumphing over Jessie's illness. The book is written in Jessie's voice with running commentary and an epilogue written by Glenn.

What listeners say about Resilience

What would have made Resilience better?

This book is informative and enlightening. As a medical professional, and a person who has mental heath issues in my family, I found the authors candor helpful in understanding the dynamics in my own family.

Patience is not always an option.

I always feel like people who are well off are the ones who struggle the most with there inner self. And sometimes I find it hard to hear about their struggles. It has opened my eyes more on Glen Close's character. I've always loved her as an acter, but now I love her more as a person. Mental illness is no joke. I've had to deal with it at home. I'm patient now, but I know I wasn't that long ago. Also, sometimes the story seemed a bit slow. Maybe just too much detailed information. or her questioning her parents about how they let her marry James. Like if our children listen to us. Our children will do as they please. Just like we did what we wanted. I do think people who deal with others with mental illness should listen.

So great written by someone 'in the know'

I didn't know this was written by Glen Closes sister before started to read it. I think it's especially awesome just because of that fact!! Because, I appreciate any books written by someone with mental health issues. I hope to write my own one day. I love Glenn Close and now I love her sister Jesse Close even more!
Read it. It's worth your time!

everyone needs to read this book!
the story will resonate with every person who has or been witness to mental illness. which is us all ... whether you know it or not

You must read Jesse’s brilliant story. I could not put it down.You will cry deep tears of joy as you watch a wounded little Yankee girl turn into a maternal goddess of goodwill and healing . As you listen to her beautiful speaking voice, this will change your life, as it has mine. You will never view mental illness with anything but compassion again. A Thrilling read.

What made the experience of listening to Resilience the most enjoyable?

The witty and genuine voice of the author pulls the reader in and resonates with honesty.

What was one of the most memorable moments of Resilience?

How the author's acceptance of the illness unfolds in the succint storytelling.

Excellent account of a painful journey through mental illness. Inspiring and shows that love with always conquer triumphant. Well done.

Would you consider the audio edition of Resilience to be better than the print version?

I love audio and being read to.

What other book might you compare Resilience to and why?

Still Alice. Because it takes you inside the disease with such humanity and intelligence.

Which character – as performed by Jessie Close – was your favorite?

Her character development made the story so personal, so real and so horrifying. The fact that she survived is a miracle.

Parts of the book were very interesting but the first part of the book going on and on about her ancestry was tough to listen to. Four stars without the beginning